Shares are trading higher after the company restated prior-year financials and became current on listing requirements.

Shares of AmTrust Financial Services, Inc. (AFSI) are soaring by nearly 21% as of 12 p.m. EDT on Tuesday after the company filed its annual report for 2016, which included restated financial statements for earlier reporting periods.

Previously, AmTrust Financial Services plunged almost 20% in March when the company disclosed that its reported financials contained material errors, and that some of its filings should "no longer be relied on" because of those errors. 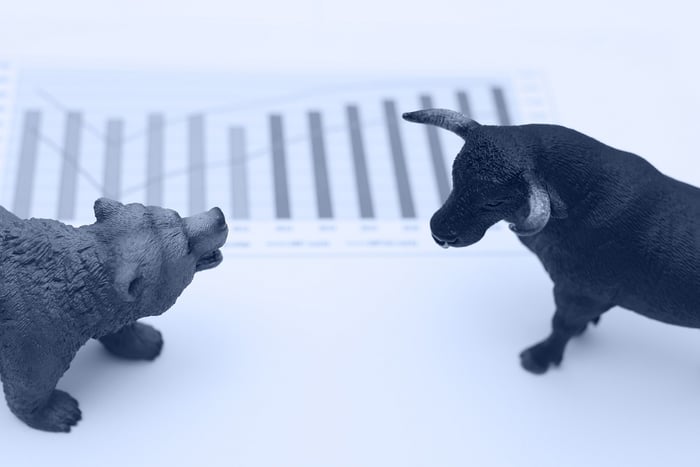 The revised financials in its new annual report for 2016 show a double-digit negative adjustment to diluted earnings per share (EPS) during two of the three most recent years.

That said, the filing did clear up more topical issues. The company is now current on Nasdaq and NYSE listing requirements, and its 2016 financials reported in its earnings release in February match with its annual report filed today.