Tuesday was a down day for the stock market, and major benchmarks finished the day with losses of as much as a quarter-percent. Generally favorable sentiment among investors kept the market's decline from becoming too extreme, but nervousness about whether the coming earnings season will be able to sustain forward momentum from earlier in the year has some investors unwilling to make larger bullish bets for the remainder of 2017.

Moreover, some negative news in individual companies weighed on the overall mood, and AmTrust Financial Services (AFSI), Endo International (ENDP 85.33%), and Hub Group (HUBG -1.69%) were among the worst performers on the day. Below, we'll look more closely at these stocks to tell you why they did so poorly.

AmTrust deals with a new twist

Shares of AmTrust Financial Services fell nearly 20% following the revelation that a whistleblower has been looking at the insurance company for years and sharing findings with the Securities and Exchange Commission. Before the report, many investors had thought that AmTrust's recent restatement of profits over the past several years had marked the end of the controversy surrounding the insurer, prompting a rise in the stock price. Yet now, The Wall Street Journal's finding that Harry Markopolos, who helped warn the SEC about Ponzi schemer Bernie Madoff, is sharing work with the SEC has raised new fears that another shoe might yet drop with respect to AmTrust at some point in the future. 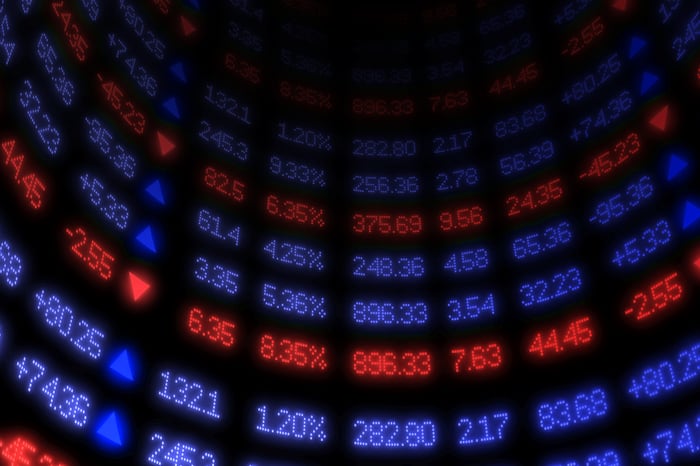 Endo International stock declined 9% after the pharmaceutical company said it intends to issue $750 million in senior secured notes as part of its overall plan to refinance its debt. According to the offering document, Endo hopes to use the net proceeds from the offering of notes to repay all of its outstanding loans and obligations under its existing credit facilities. In addition to the note proceeds, Endo will also use money from its new term loan facility, along with existing cash on hand. Yet the new offering was only able to receive a Ba2 rating from Moody's, leaving Endo securely in high-yield bond rating status and pointing to elevated borrowing costs for the foreseeable future.

Finally, shares of Hub Group dropped 14%. The transportation management and logistics company preannounced earnings expectations for the first quarter, which included anticipated revenue increases of 10% to 12% but decreased gross margin coming from weakness in the intermodal area. One-time costs will hold back earnings, which Hub believes will be between $0.30 and $0.32 per share for the first quarter. Hub also set full-year 2017 earnings guidance for $1.60 to $1.80 per share, which was less than what most of those following the stock had hoped to see. Looking forward, some investors fear that Hub's warning could color the entire industry's outlook -- not just this quarter, but for the entire year ahead.