Century Aluminum rallied on news out of China, but then reality set in and the stock pulled back

Century Aluminum Company (CENX -5.53%) saw its shares jump nearly 10% in a single day at the start of March. And then the shares started to head lower, ending the month down nearly 18% from that peak. The moves were largely driven by news, with the good quickly overshadowed by reality.

The positive news was a report that China was going to curtail its aluminum production during the winter months to help reduce pollution. Some industry watchers expect that the move could trim China's aluminum output by as much as 5%...if the country follows through on the cuts. That's a big change for China; it has been flooding the market with aluminum in recent years. 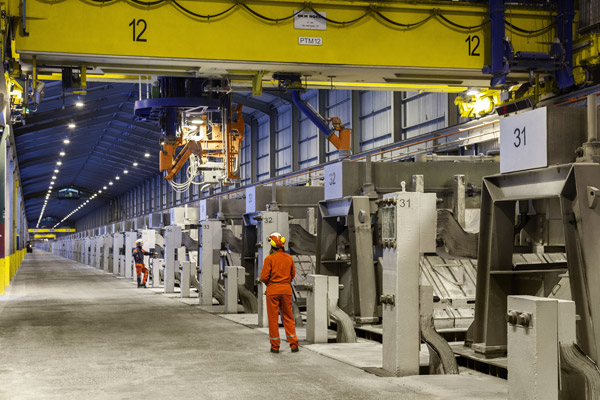 The problem, of course, is that China may or may not follow through. Moreover, even if it does, the impact will be short-lived, since the curtailments are only expected to last through the winter heating season. And then there's the fact that, according to Bloomberg, aluminum inventories continued to rise on the Shanghai Futures Exchange throughout March. In fact, inventories are at their highest point in roughly a year. That, in the end, could limit any benefit from aluminum curtailments in the country.

The aluminum market is pretty volatile right now, and a key driving force appears to be "good" news. When that news is put up against reality, however, the early excitement doesn't seem warranted. That's not an uncommon thing on Wall Street, but it's something that long-term investors should try to avoid. In other words, don't get sucked into the story at Century Aluminum -- try to focus on the long-term fundamentals instead.