Improving sentiment over conditions in China benefited the aluminum producer.

Shares of aluminum-producer Century Aluminum (CENX -2.03%) rose a whopping 11.4% as of 3 p.m. EDT today. Given that stocks across the aluminum sector, such as Alcoa and Kaiser Aluminum, rose strongly, as well, it's fair to say that this is a sector-wide move rather than purely a stock-specific one.

For Century and others, the move boils down to the market feeling a lot more comfortable with the risk in China and the global economy from the possible default of the world's most indebted property company, China Evergrande Group. 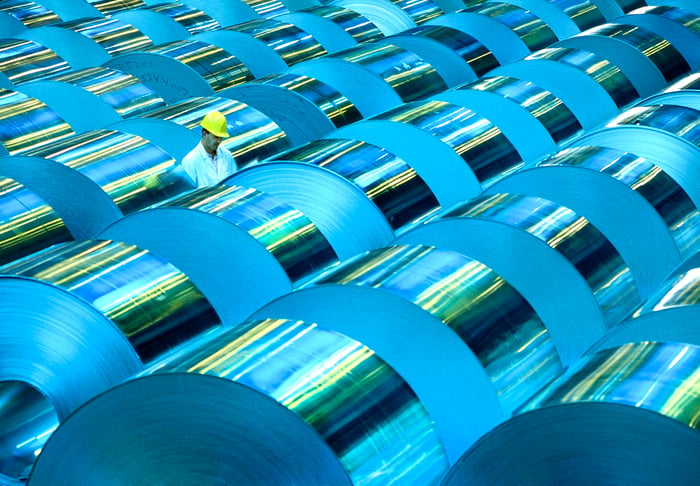 With over $300 billion in debt and collapsing sales, Evergrande has  a real risk of failure. That could be terrible news for China's economy, aluminum demand, and ultimately, the metal's price. China is responsible for producing 60% of the world's aluminum, so a slump in demand from China would create a glut that would play out in lower global prices.

Fortunately, those fears were allayed by the news that Evergrande intends to pay an upcoming interest payment on a bond.

The market's knee-jerk reaction is based on sentiment, but it doesn't change the underlying conditions. A hard default might not be coming, but it's indisputable that China's property market is cooling. As such, demand for aluminum could come under pressure.

That said, there's a lot more to aluminum demand than construction. For example, in North America, 35% of demand is from transportation, with containers/packaging contributing 18% and building and construction 12%. If the rest of China's economy holds up and Evergrande's liquidity problems are solved in an orderly manner, then aluminum prices will receive support.

There's little that Century Aluminum can do about aluminum pricing, so investors will have to wait and see what happens in China and its economy, at large, as Evergrande's problems won't be solved in a day.