Between them, CONSOL Energy (NYSE:CNX) and Alliance Resource Partners LP (NASDAQ:ARLP) have solid histories in the coal sector. But their responses to thermal coal’s cloudy future have been sharply different. Both strategies have their merits, too — so picking which one is better for your portfolio will mean first deciding what kind of energy-sector exposure you’re interested in, and what sort of time horizon you’re looking toward.

Coal or gas, but not both

CONSOL Energy was once one of the largest coal miners in the United States. But then it parted ways its peers in an aggressive move to follow its key customers -- electric utilities -- in their ongoing shift away from coal and toward lower-priced, less-polluting natural gas. It's a power industry trend that isn't going to reverse itself because so many coal-powered plants have already been replaced with natural gas plants. 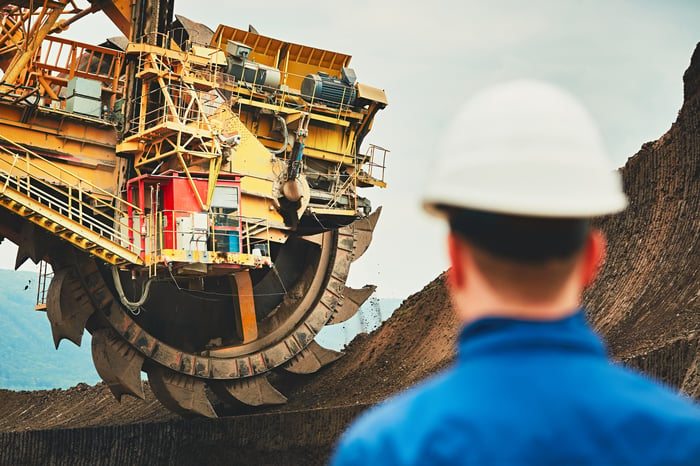 CONSOL Energy's choice was a bold one, to be sure, but it was a move that will help ensure its (very) long-term viability. The strategy included selling coal mines and creating a coal-focused limited partnership to which CONSOL could sell its remaining coal assets. And with coal markets starting to improve lately, CONSOL is now looking to speed up the process. Its next moves could include a spinoff or outright sale of those coal businesses it has retained. So for long-term investors, it's best to view CONSOL as a pure-play natural gas business.

That hasn't been great for investors so far. As the transition unfolded, CONSOL cut its dividend twice, leaving it at a penny share, then eliminated it completely in 2016. That wasn't surprising since the company has been bleeding red ink for a couple of years, a pattern that continued with its recent first-quarter loss of $0.17 a share. And until the company fully divests itself from the coal business it's probably best to expect quarterly results to be... complicated.

It's all in the distribution

CONSOL made a difficult choice, and it's following through on it. But it's probably the right long-term move if the company wants to be around in 100 years. But coal is far from dead. For example, the U.S. Energy Information Administration forecasts continuing demand for coal out to 2040 and beyond (2040 is as far as its projections go today, but it's safe to say demand won't drop to zero in 2041). It also expects the Interior coal region will command a growing slice of the coal market, expanding its share from 20% to 26%. 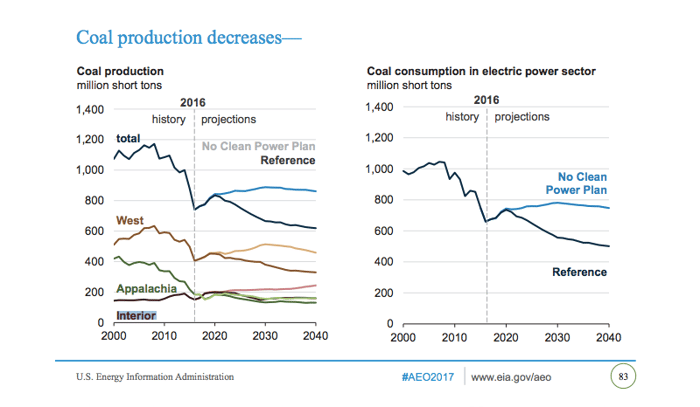 These two facts are important to this comparison because Alliance Resource Partners' business is focused on mining thermal coal from the Illinois Basin, which is in the Interior region. So its core business has decades to go before it's dead, and it's operating in the right coal region, too. This helps explain why Alliance has remained profitable right through a coal market downturn that pushed competitors into the red or, worse, into bankruptcy court.

Add the partnership's roughly 9% distribution yield into the mix, and you might start to be interested in Alliance as an investment. The distribution, meanwhile, was covered by a massive 2.38 times in the first quarter and coverage was roughly 2 times in 2016. (Coverage of 1.2 times is considered good in the partnership space.) To be fair, the distribution was cut in 2016, but at the time, management noted the move was made to appease capital markets, not out of financial necessity. The coverage ratios back that statement up. With capital market fears abating, however, Alliance hinted in the first quarter that distribution hikes could again be in the cards.

When you compare CONSOL and Alliance, you have to ask yourself what you are looking for. CONSOL is still struggling through its long-term transition from coal to natural gas. That's probably the right move if your time horizon is 50 to 100 years. But if your needs are a little nearer term, like helping to pay for retirement expenses, then Alliance's well-covered 9% distribution yield makes it a better option. That thesis is backed up by the coal miner's advantaged industry position in the Illinois coal basin and its hints at distribution increases. I think Alliance is the better option here, as long as you realize that most of your return is going to come from its 9% yield and not business growth.