Please ensure Javascript is enabled for purposes of website accessibility
Log In Help Join The Motley Fool
Free Article Join Over 1 Million Premium Members And Get More In-Depth Stock Guidance and Research
By Reuben Gregg Brewer – May 15, 2017 at 4:40PM

The coal industry has real problems, but Alliance Resource Partners is better positioned than most to handle what comes.

Utilities are increasingly using natural gas over thermal coal, which has reduced demand and lowered pricing in the coal industry. That's helped push key industry players into the red, and worse, into bankruptcy. Alliance Resource Partners, L.P. (ARLP -7.33%), however, has managed to survive, and perhaps even thrive, through the downturn. Here's why Alliance Resource Partners is the top coal stock today.

There's no question U.S. thermal coal miners are facing big headwinds. Low natural gas prices have made it more economic for utilities to use gas and to build new natural gas power plants over new coal plants. That's led to coal's dominance of the power market falling to the point where coal and natural gas are roughly equal contributors to the U.S. power grid. Unless gas gets materially more expensive, gas' share of the grid is likely to continue to climb. 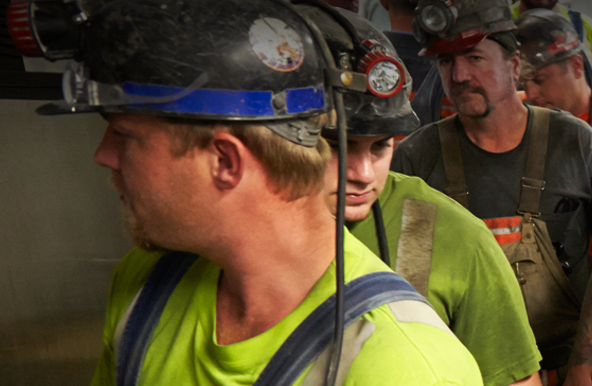 Now add in the fact that coal is one of the dirtiest fuel options around, and the outlook for coal isn't great. However, coal makes up around a third of the electricity generated in the United States. That can't be replaced overnight, so coal will remain an important fuel for years to come. The coal industry's downturn is simply an adjustment to what will be a new, lower level of demand.

Here's the thing, though: Some companies have been better positioned to deal with the changing demand dynamic than others. Global coal giant Peabody Energy (BTU), for example, was pushed into bankruptcy court because changes in the thermal coal market coincided with a steep industry downturn in the steelmaking coal sector. That made a heavy debt load too much to bear.

Although Peabody is now public again, you don't have to worry about that happening to Alliance. Long-term debt at Alliance stands at roughly a quarter of the partnership's capital structure. That gives it plenty of leeway on the debt side of the balance sheet to deal with adversity. 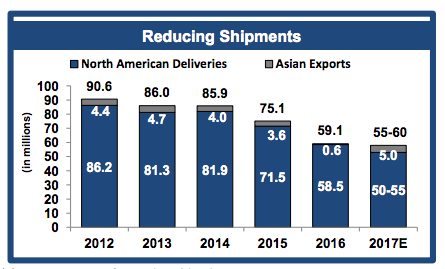 Cloud Peak is feeling significant pain, and it's one of the survivors. Image source: Cloud Peak Energy.

That said, there are plenty of coal miners that didn't fall into bankruptcy, but most did fall into the red. For example, Powder River Basin focused Cloud Peak Energy (CLD) has lost money in six of the last 10 quarters. Alliance has been profitable in 10 of the last 10 quarters, a period that includes the worst span of the downturn. In other words, Alliance has simply done a better job dealing with the changing market dynamics than its peers.

There's a lot that goes into that, but a big piece is volume. Cloud Peak, for example, has seen its coal volume fall nearly 35% between 2010 and 2016. Alliance, on the other hand, increased its coal volume roughly 20% over the same span. And it ended 2016 with near record coal shipments in the fourth quarter. Cloud Peak has a long way to go before it can say something like that.

And then there are distributions, which Alliance has continued despite the need to lower the disbursement during the worst of the downturn. Rhino Resource Partners, L.P. and Foresight Energy LP (FELP) both stopped paying unitholder distributions because of the downturn. It's also worth highlighting that Alliance's cut was driven more by a need to appease capital markets than the partnership's finances. 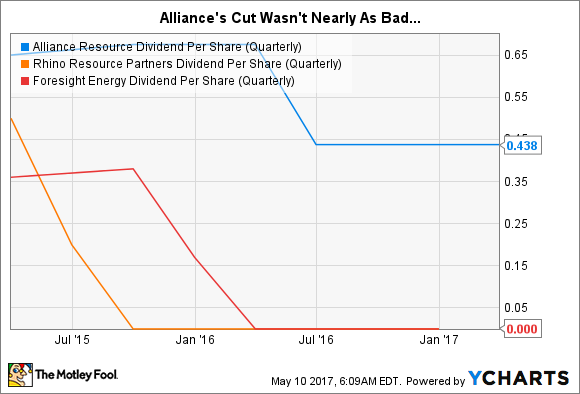 In fact, Alliance covered the lowered distribution by two times in 2016, a huge amount of coverage for a limited partnership. Even better, when it reported first-quarter results, Alliance highlighted that it might start looking at distribution increases again.

Low debt, solidly profitable even in a downturn, and potential distribution growth -- what's not to like about that? To be fair, the coal industry will never be what it once was. A slow but steady decline is the most likely future, here. But Alliance is easily one of the best-positioned miners to deal with that. And investors can collect a hefty 7.7% yield along the way, with the potential for distribution hikes. If you're looking for income, Alliance is worth a deep dive today.