The Clean Power Plan is all but dead, and President Donald Trump has promised to bring back coal mining jobs in states like West Virginia and Wyoming. The common perception is that over-regulation has killed the coal industry, so it's easy to believe that coal will have a quick upswing in the coming months and years.

In fact, miners that have avoided bankruptcy like Cloud Peak Energy (NYSE:CLD) and Consol Energy (NYSE:CNX) were counting on a recovery to help their businesses.

However, the energy industry isn't run by sentiment or politics, but by economics. And coal is on the wrong side of history for a number of reasons. This is clear to anyone who looks into the energy costs of coal relative to competing fossil fuels, and it's made all the more real with the recent announcement that that Consol is now contemplating getting out of coal altogether.

I'm sorry to say, but coal will never be great again. Here's why. 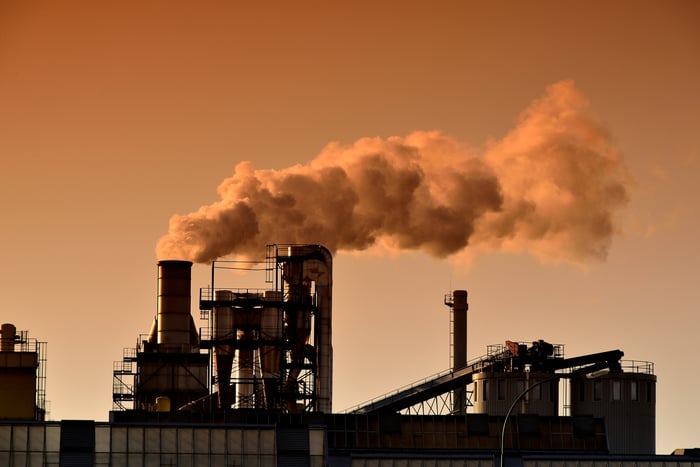 Natural gas is cheap and here to stay

Hundreds of coal power plants have been shut down around the country and the main reason isn't regulation: it's cheap natural gas. And that's a trend that's going to continue, even in regions where coal is very popular.

Salt River Project's Navajo Generating Station in Arizona, the largest coal power plant in the country, has said it will likely shut down soon because it's uncompetitive with low-cost natural gas. Milwaukee, Wisconsin-based We Energies said it will shut down the Pleasant Prairie Power Plant for half the year because wholesale electricity prices have been driven too low by natural gas. It's simply cheaper than burning coal.

A similar dynamic is playing out at Duke Energy (NYSE:DUK), which has decommissioned nearly a dozen plants in the last few years. And Southern Company (NYSE:SO), which was once expanding its coal fired assets, is now shutting down coal plants and investing billions in renewable energy projects that are now the majority of new electricity generation in the U.S. The economics to keep coal plants open isn't worth it, and they're finding better investment opportunities elsewhere.

Coal's slow death continues in the U.S., but it's really overseas where the trend is taking a dramatic turn for the worse.

China and India are abandoning coal

China was once going to be the savior of the U.S. coal industry. The country's rapid growth and need for energy was supposed to drive U.S. coal exports and result in profits for companies like Peabody Energy, which spent billions acquiring competitors and building out the capacity to export coal. But China turned out to have other plans.

For reasons ranging from the health implications of coal to the economic competitiveness of renewable energy, China has essentially abandoned the coal industry, at least as far as future generation goes. The country recently cancelled plans to build 103 coal plants and is quickly shifting to a focus on cleaner energy. Beijing even said it would close all coal plants this year and transition to new natural gas plants.

India, another country with rising electricity demand, has made even more drastic plans to move away from coal. It recently released energy plan says India won't need any new coal plants in the next decade and is looking to renewables and energy storage to lead. That's not a transition from which coal will ever be able to recover.

Renewables will be the nail in the coffin

Natural gas has led to most of the coal industry's problems in the past decade, but renewable energy is really the nail in the coffin. Wind and solar are now cheaper energy sources for new power plants than coal, which is why utilities in the U.S. and countries abroad are focusing their development efforts on renewables.

The core challenge for coal is that wind and solar are already cheaper than coal power and they're still getting cheaper. Its entirely possible that, solar or wind combined with an energy storage option very well could be coal's death knell.

When utilities are focused on making a profit and investing in renewable energy and natural gas but not coal, you can see what's going on. There may be a desire to make coal great again, but it's not going to happen. Simple economics is the reason -- not government policy.