Biosimilar drugmakers are eager to launch competitors to Amgen's drugs, but one big competitor is going to have to wait a while longer.

The "composition of matter" patent protecting Amgen Inc.'s (AMGN 0.93%) white-blood-cell-boosting drug Neulasta from competition has already expired. That may mean it's only a matter of time before generic drug companies, including Mylan (MYL), win FDA approval of biosimilar copycats.

Unfortunately for Mylan, news of a Food and Drug Administration (FDA) rejection for its Neulasta biosimilar may mean it has to wait a while longer before it can begin wrestling away Neulasta's market share.

The risk of biosimilars carving away at Neulasta's sales shouldn't be underestimated. Amgen gets more than 20% of its sales from Neulasta, and last quarter, its global sales were over $1.1 billion. 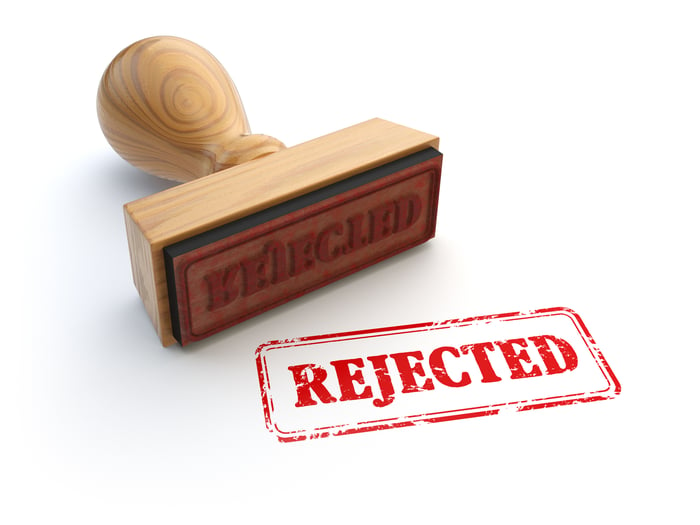 So far, however, biosimilar drugmakers have struggled to convince regulators in the U.S. and Europe that they've created knockoffs that warrant a green light. Last year, Novartis (NVS -0.20%) received an FDA rejection for its Neulasta biosimilar, which prompted it to withdraw its application for approval in Europe earlier this year. In June, the FDA delivered a CRL to biosimilar drugmaker Coherus Biosciences (CHRS 8.15%) on their version of Neulasta, too.

Today, Mylan became the latest upstart to stumble at the FDA when its biosimilar development partner Biocon announced it received a complete response letter, or CRL, rejecting their Neulasta biosimilar, too. According to Biocon, the CRL wasn't because the FDA had objections to the similarity of its biosimilar to Neulasta, but because of questions regarding the manufacturing process, chemistry, and controls at Biocon's manufacturing facility. Biocon recently modified the plant it will use to make this biosimilar, and it appears that it's the need for data related to those changes that's behind the FDA's red light.

It's anyone's guess how quickly Biocon will get this data to the FDA, or how quickly the FDA will evaluate the data when it gets it, but in August, the FDA pushed back its decision date on the company's Neulasta biosimilar until December. In its statement to investors today, Biocon said it's working "expeditiously," and that it doesn't "expect this CRL to impact the commercial launch timing of biosimilar pegfilgrastim in the US."

An approval of Neulasta could have been a big win for Mylan given that, earlier this year, the Supreme Court ruled that biosimilars can launch immediately following FDA approval rather than have to wait for 180 days, as was previously thought. A win would also have built nicely upon Mylan's securing the first FDA approval for a 40 mg version of the widely used multiple sclerosis drug, Copaxone, last week. Copaxone sales exceed $4 billion annually, and Mylan's already shipping its version following the regulatory OK.

The news is disappointing to Mylan investors, but it's good news for Amgen shareholders, because the CRL helps insulate Amgen's revenue for a bit longer. Amgen's already fending off biosimilars to Neupogen, a short-acting version of Neulasta, and its sales are shrinking. In Q2, Neupogen's revenue fell 30% year over year, to $196 million.

Amgen's struggle to maintain Neupogen market share could offer clues as to what may eventually happen if biosimilar drugmakers finally secure an OK on Neulasta. In the meantime, at least, Mylan's stumble helps protect Neulasta revenue to the tune of about $12 million per day. 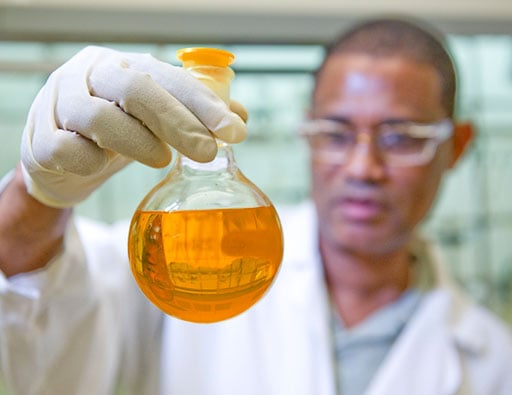 Despite Mylan's struggle to convince regulators to OK its version of Neulasta, it's probably only a matter of time before biosimilars make it to market. The U.S. spends more than $100 billion annually on specialty medicines, and biologics are among the most expensive drugs on the market. Therefore, there's a significant push in Washington to contain drug costs by approving generics, including biosimilars.

Amgen's got a number of biologics that are long in the tooth, including Neulasta, so it won't escape biosimilars unscathed. Yet the negative impact from biosimilars on Amgen's top line might be largely offset by the fact that it's advancing its own promising pipeline of biosimilars to market, including a biosimilar to Humira, the world's best-selling drug.

In September, Amgen inked a non-exclusive license that allows it to begin marketing a Humira biosimilar in Europe as soon as next year. Since Humira generates over $18 billion in annualized sales, including $4 billion in Europe, Amgen's Humira biosimilar could go a long way toward offsetting any eventual revenue headwinds caused by Neulasta biosimilars.