Snap (NYSE:SNAP) doesn't seem able to do anything right these days. It was recently preparing to unveil a new augmented reality (AR) lens for its camera app but used a countdown clock that ended up being easily hacked, and the big reveal on its partnership with artist Jeff Koons was spoiled.

Even so, the big news was really small potatoes. It's an attempt by Snap to piggyback on the excitement Pokemon Go and Disney (NYSE:DIS) generated with their own AR game and events, but the new lens gimmick falls far short of either promotion and won't convince investors the so-called camera company has a future. 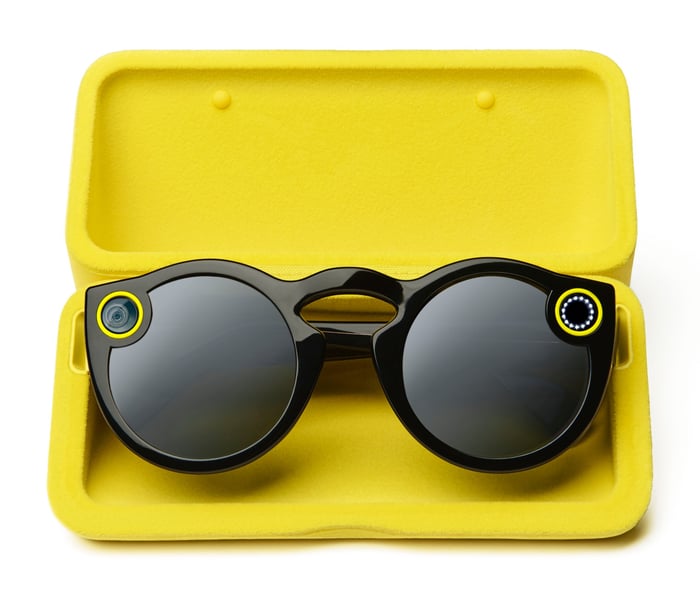 Snap's new lens is just what you saw with Pokemon Go and Disney's Star Wars film release. Get close enough to a landmark, view it through the Snapchat app, and users can see one of Koons' sculptures next to it.

At various iconic locations around the world, such as Central Park in Manhattan, the Eiffel Tower, or the Sydney Opera House, as users approached the spot with their special Koons Lens activated, they could see one of Koons' famous stainless steel sculptures in the form of a golden balloon dog, a swan, a rabbit, or Popeye. After a few weeks, the sculptures will move to a new location.

The problem with this -- what makes its utility so limited, unlike what Pokemon Go and Disney did -- is that you need to be by these landmarks, and only these landmarks, to view them. Snapchat users in Peoria, Ilanois, can forget about possibly enjoying the experience.

What made the Pokemon Go craze such a fun diversion for many was that you could find them almost anywhere you happened to be. The communal aspects of going out in your neighborhood to search for them and meeting others also on the lookout created a special, if ultimately temporary, experience.

Disney was able to capture some of that magic when it released Star Wars: The Force Awakens. Fans of the movie series could download a special app and then visit some 20,000 locations to reveal special characters from the franchise.

Not so with Snap's take on it. You have to be in these big cities near these iconic spots to participate. Sure, Snap said it was going to roll out the capabilities to more locations in the weeks to come, but much like bungling the lens reveal, much of whatever specialness that may have been attached to it will surely have dissipated by then.

Pokemon Go may have gotten a summer out of it, but you don't see anyone really searching for characters anymore, and Disney's event was for a limited duration. The countdown clock on Snap's contribution is already ticking away. 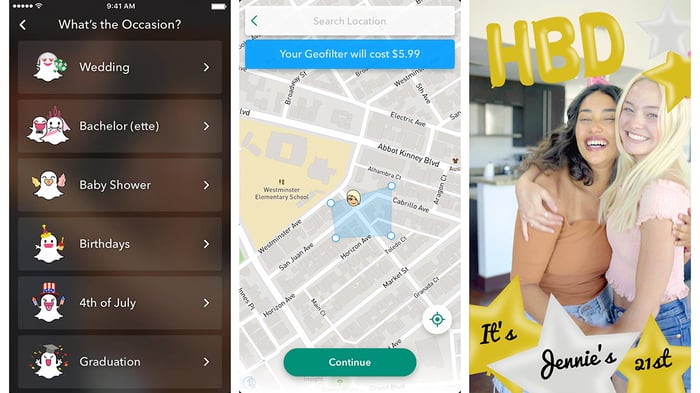 That really underscores the problem with Snap. It has been unable to cement for many why it will be a lasting investment. Although it was one of the first apps to introduce AR capabilities, they have been surpassed by others. Facebook (NASDAQ:FB) has been able to copy much of what Snap achieved with Instagram, while the face filters Snap revolutionized is now a part of its rival's app, too. And Apple (NASDAQ:AAPL) just introduced AR tools with its new iOS 11 software update.

Admittedly, by itself, the Koons Lens wasn't going to change anyone's opinion about Snap for the better, but the botched rollout, its limited functionality, and the arguable lack of broad interest in the artist himself could reaffirm for many that Snap's IPO and subsequent performance leave a lot to be desired.

As user growth slows and is surpassed by Instagram, there will be few left who see a reason to snap up Snap stock.