Geron and Johnson & Johnson's experimental blood-cancer drug may end up living up to the hype after all.

Shares of the clinical-stage biotech Geron Corporation (GERN 7.74%) rose by as much as 13.5% in early morning trading today, thanks to a Fast Track designation from the U.S. Food and Drug Administration (FDA) for the company's experimental blood-cancer medicine, imetelstat, as a treatment for adult patients with transfusion-dependent anemia due to low- or intermediate-1-risk myelodysplastic syndromes.

Imetelstat is a first-in-class telomerase inhibitor being developed by Johnson & Johnson's (JNJ 1.13%) biotech subsidiary Janssen through an exclusive worldwide licensing deal with Geron. 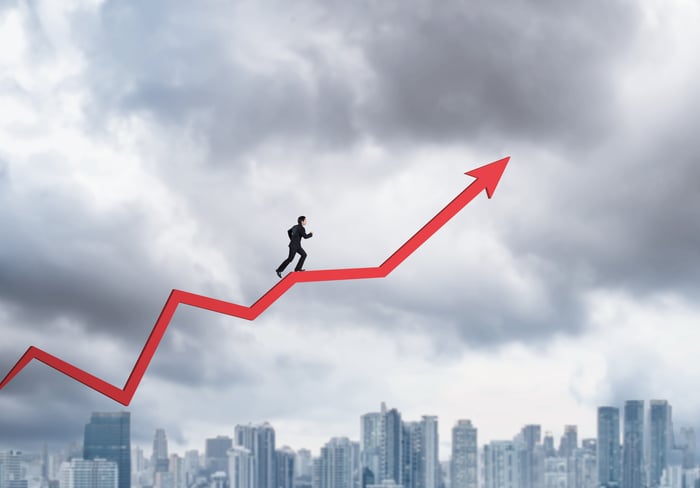 Over the past year, investors have been steadily losing faith in imetelstat as a treatment for either of its lead indications. Imetelstat's interim data readouts in myelofibrosis and myelodysplastic syndromes haven't been impressive enough to convince J&J to commit to the drug's long-term development.

However, the FDA apparently saw enough of a clinical benefit in the preliminary myelodysplastic syndromes dataset -- via a trial known as IMerge -- to grant the highly coveted regulatory status that allows for more frequent interactions with the agency, and the potential for a priority review further down the road.

Geron plans on discussing these initial myelodysplastic syndromes data at an upcoming major medical conference. If these results are encouraging -- and they probably will be, judging by the FDA's Fast Track designation -- Geron should continue to march higher. Imetelstat, after all, has the potential to be a major new blood-cancer medicine capable of generating several billion in peak sales.

That said, J&J probably would have gobbled up Geron by now if the results were a slam dunk. Investors, therefore, may want to temper their expectations heading into this next clinical update, as it appears destined to be positive, but not exactly game-changing.