Strong performance across the stretch and demand for Nintendo's Switch video game console prompted the company to revise its full-year sales and profit targets. The company raised its full-year sales target from roughly $6.6 billion to $8.5 billion, and now expects full-year operating profit to come in around $1.07 billion -- up from the $527 million target that it issued with its last quarterly report. These targets put the company on track to record its best and most profitable year since 2010.

Shares gained nearly 7% in the day of trading following the earnings release and target revisions. 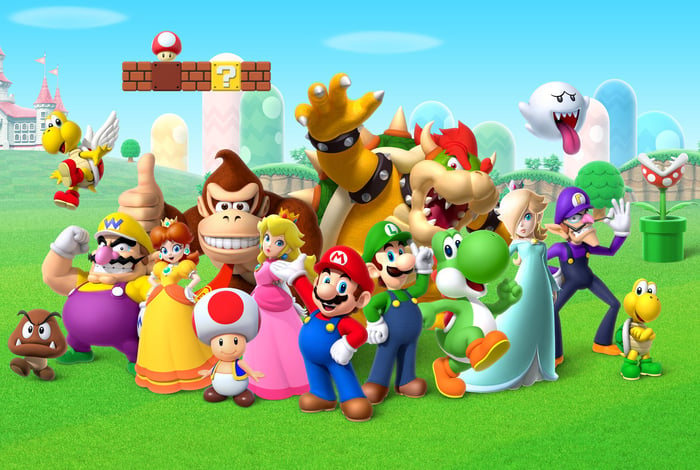 The Switch console, which can be used as a portable device or connected to a television, is a huge hit and looks to remain a strong seller through the upcoming holiday sales period and beyond. The system sold 4.89 million hardware units and roughly 22 million units of software in the six-month period ended Sept. 30. Including sales from its March launch month, Switch hardware sales were 7.6 million units with 26.5 million games sold -- giving the platform an attach rate of roughly 3.5 games sold for every system. That's a promising indicator for a new console that still has a relatively small software library.

Reacting to the better-than-expected sales, Nintendo raised its fiscal-year shipment target for its Switch video game console from 10 million units to nearly 14 million units. That would put the company on track to ship roughly 17 million units from its March 2017 release date to April of next year. Putting that in perspective, the Switch is on track to sell more than the roughly 13 million hardware units that its predecessor system, the Wii U, has managed since its 2012 release. On the software front, the company raised its target from 35 million Switch games sold to 50 million units sold.

Thanks primarily to the impressive performance from the new platform, gross profits over the six-month period increased roughly 133%, to reach roughly $1.27 billion. The big profit increase came even as gross profit margin decreased from 45% to 38.4%, due to production costs associated with the Switch.

Even sales of the Nintendo 3DS handheld platform, which was released in 2011, were up year over year. Its 2.82 million units sold over the period represented a 5% improvement over unit sales in the prior-year period and were spurred by the release of the 2DS XL in June and July. On the other hand, 3DS software sales were down roughly 28% year over year.

Game sales were impacted by a weaker release schedule compared to the prior-year period. The platform is slowly winding down and will see fewer software releases going forward now that Nintendo has shifted focus to the Switch, but the handheld is still showing impressive staying power.

The company's smartphone unit also posted impressive performance in the first half of the fiscal year. Continued engagement in mobile titles including Super Mario Run and Fire Emblem Heroes drove sales for the company's mobile and character licensing segment up 426% year over year, to reach $158 million -- or roughly 5% of sales over the six-month period.

What's next for Nintendo?

As indicated by its recent fiscal year report and target revisions, Nintendo's near-term outlook is promising. The recently released Super Mario Odyssey has received near-unanimous praise from critics, and sold over 2 million copies in just three days. The title should add further momentum to the already red-hot Switch console. The platform looks poised for ongoing success and a large user base will give Nintendo a wide audience to sell its own software to and should also bolster licensing revenues from third-party publishers. More than 300 software publishers are now working on Switch titles.

On the mobile front, the company is due to release Animal Crossing: Pocket Camp in November, which will likely go on to be a big hit and add to the company's strong fiscal-year performance. Nintendo has a history of being somewhat conservative with its guidance, so it wouldn't be a big surprise to see strong mobile business and Switch hardware and software sales drive the company past its latest sales and earnings targets.