Microsoft (NASDAQ:MSFT) changed the world by helping to bring computers into the home and office and spearheading the Information Age, and it's taken investors on an incredible ride along the way. The tech giant's valuation has increased more than 86,000% since its March 1986 initial public offering -- generating tremendous gains for anyone who had the foresight to buy early and settle in for the long haul.

Finding stocks that are capable of replicating that type of performance is no easy task, but simply owning one such company is likely to have a life-changing impact. With that in mind, we asked three Motley Fool investors to identify a highly scalable business that has the potential to spur innovation and deliver big returns along the way. Read on to see why they think TrueCar (NASDAQ:TRUE), CalAmp (NASDAQ:CAMP), and Baozun (NASDAQ:BZUN) fit the bill. 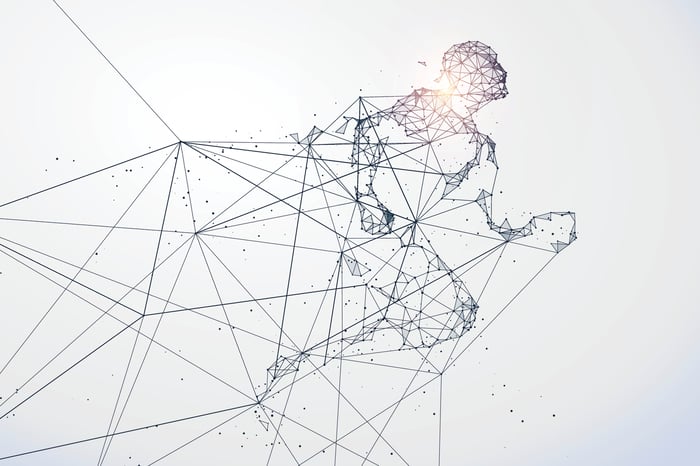 Disrupting a much-hated process in a consumer-friendly way

John Rosevear (TrueCar): Many start-ups that got big, including Microsoft, have followed a formula: They found a product or process that people struggled with or hated, and they came up with an innovative way to make it better.

Now consider: There are few processes consumers hate more than the process of buying a car. That's where TrueCar comes in. TrueCar works with thousands of new-car dealers to provide a simplified, low-pain way to purchase a new vehicle.

It works like this: Consumers use TrueCar's site to select the vehicle and options they want and find out the average price others have paid. If they choose, they can then be connected with local dealers who will give their best price on that exact vehicle, right up front. Best of all, it's free for consumers, as TrueCar gets a fee from the dealer once the sale is complete.

TrueCar isn't profitable yet, but its service is popular and growing. Over 250,000 consumers bought new vehicles through TrueCar in the third quarter of 2017, up 15% from a year ago, with TrueCar receiving an average referral fee of $306 on each.

TrueCar's stock has been up and down this year. It hit a big pothole a few weeks ago, after the company acknowledged that a key referral partner's new website wasn't generating as much traffic as it had earlier in the year. But that may be an opportunity for a long-term-minded investor who doesn't mind some ups and downs: As long as franchised new-car dealers exist, TrueCar's value proposition will remain a strong one.

Tim Brugger (CalAmp): At $790 million in market capitalization, the Internet of Things (IoT) and network connectivity provider CalAmp may fly under some investors' radars. But CalAmp has a lot in common with Microsoft's early days. Microsoft  had just gone public and released its first book explaining the ins and outs of its Windows operating system in 1986.

Fast-forward to today, and CalAmp is also on the cusp of helping change our lives. CalAmp's forays into IoT, particularly connected cars and "smart" industrial applications, is altering the world and offers limitless upside.

Less its now divested satellite unit's revenue, CalAmp  marked a 7% sales improvement last quarter, to $89.8 million. Though operating income got a $15 million boost from a legal settlement in the second quarter, another $31 million is coming over the next several quarters. The legal payment helped increase per-share earnings to $0.34, well above last year's $0.01 a share.

Last quarter was more about the momentum CalAmp established and its future impact. CalAmp's telematics unit soared 29% to a record $38.1 million. Another win came from inking its largest-ever software-as-a-service (SaaS) deal. CalAmp also started shipping solutions to a new transportation customer, and that deal will begin bearing fruit this quarter.

Toss in an expansion of its relationship with manufacturing giant Caterpillar, among other wins, and CalAmp is gathering steam in a market expected to generate  over $560 billion by 2022. As Microsoft helped change computing, CalAmp is doing its part for IoT.

Keith Noonan (Baozun): Sometimes referred to as "the Shopify of China" because it also deals in providing e-commerce platforms as a service, Baozun has the potential to deliver impressive growth in the coming years. Its software allows vendors to quickly set up and maintain a multi-channel online sales presence that includes crossover with Chinese retail leaders including Alibaba and JD.com, and its status as a connecting point between services puts it in good position to benefit from the growth of online retail.

The gross value of goods sold on its platform increased roughly 71% year over year last quarter, and Goldman Sachs expects e-commerce spending in the country to rise from $750 billion in 2016 to $1.5 trillion in 2020. As China's middle class continues to expand and internet adoption and online selling gain more traction, Baozun is in place to soak up growth.

Shares have fallen roughly 17% following a Nov. 21 quarterly release that saw the company deliver rising operating costs and its lowest quarterly sales growth (up 19% year over year) since its IPO, but the big sell-offs could present an opportunity to buy a company that's still in the early legs of its growth story. Baozun is investing in building out its cloud platform, which is driving expenses up in the near term, but margin seems poised to improve as it emerges from infrastructure-related expenses and continues to shift away from acting as a distributor and instead prioritizes connecting customers directly with vendors.

Baozun had its initial public offering in April 2015, so it's still a young company that has huge growth opportunities. Even after Baozun gained more than 140% year to date, its roughly $1.6 billion market cap leaves lots of room for capital appreciation down the line.