For any investor following the tech sector, NVIDIA Corp. (NVDA 1.11%) doesn't need much in the way of an introduction. The graphics processor maker has successfully taken its GPUs, which were originally used primarily for gaming, and transformed them into high-end chips for artificial intelligence, data centers, and semi-autonomous vehicles. The potential in each of these markets is huge, and the combination of the company's strong results this year and those longer-term opportunities has been a recipe for impressive share price gains.

Let's take a quick look back at some of its 2017 highlights and consider why NVIDIA is likely to see more growth ahead. 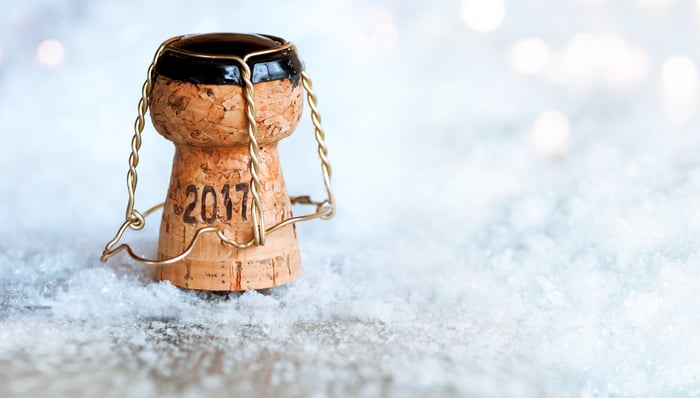 You'd be forgiven if you thought at the end of 2016 that NVIDIA's shares couldn't possibly make any more significant gains for a while: The stock skyrocketed nearly 224% last year. And while NVIDIA didn't match that in 2017, investors did push it up by an impressive 80%.

NVIDIA kept rising for two key reasons: The company delivered strong quarterly results throughout most of the year, and investors are bullish about its AI and driverless car opportunities.

Shares first popped after it released its fiscal first-quarter 2018 results in May. Sales increased by 48% to $1.94 billion, and earnings rose a staggering 144% to $507 million. The chipmaker nearly tripled its data center segment sales as well. Investors couldn't help themselves after hearing all of this good news and pushed NVIDIA's share price up 38% in the weeks that followed.

The upward trajectory continued throughout most of the year, especially after the company reported its fiscal third-quarter results. Its top line improved 32%, net income spiked 55%, and earnings popped 66%, besting management's own guidance. It's also worth mentioning that NVIDIA beat analysts' consensus earnings estimates in every quarter reported in the 2017 calendar year.

Continually tapping into its opportunities

I've already mentioned how NVIDIA grew its data center segment this year, but the company also surged forward in several other areas.

It released the third iteration of its driverless car computer, now called Pegasus, which is 10 times as powerful as the previous model and paves the way for automakers to bring Level 5 autonomy (100% self-driving cars) to the roads. NVIDIA already had some high-profile partnerships with automakers, and it added two more major names to the list this year.

The automotive segment only brings in about 5% of the company's revenue now, but management believes it will have a total addressable market in driverless cars of $8 billion by 2025.

Meanwhile, NVIDIA's AI opportunities are booming. Graphics processors are ideal for the high-powered computing required by AI systems, and the company believes its chips can dominate high-performance computing, deep learning, and other AI segments like smart cities as well. Some of its data center growth has been driven by customers looking for AI chips for their cloud computing services; as AI grows, it's likely they'll continue to look to NVIDIA's GPUs for more power. 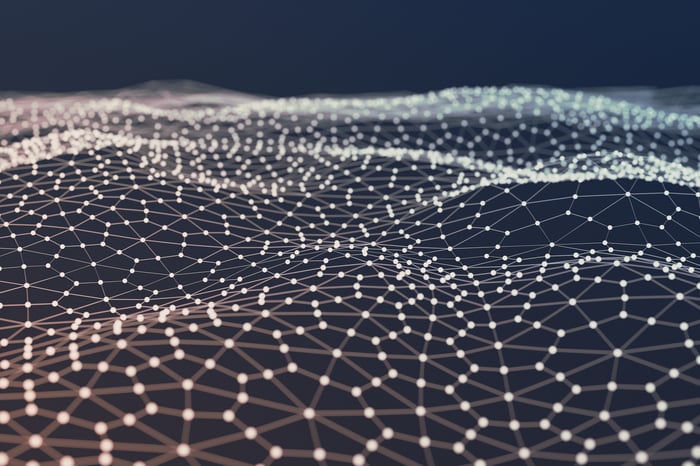 A recent report by PwC says that AI is the "biggest commercial opportunity in today's fast-changing economy," asserting that it could add 14% to global GDP by 2030. All together, NVIDIA thinks its total addressable market for AI is about $38 billion over the coming years.

If all that weren't enough, NVIDIA continued to build on its strength in its gaming segment this year. Gaming still accounts for about 59% of the company's top line, and much of that revenue comes from the company's dominance in the discrete GPU market. In the third quarter of this year, its GPU market share ticked up to 72.8%, according to Jon Peddie Research, leaving rival AMD with about 27%.

What's amazing is that NVIDIA's gaming business is still growing even as its other opportunities materialize. Revenue in the segment popped by 25% in the third quarter, and its huge lead over AMD means it's likely NVIDIA will continue to enjoy higher gaming sales into 2018.

NVIDIA's stock currently trades at about 40 times forward earnings, which makes it a bit pricey compared to others in the tech sector right now. So it will have to continue growing at a rapid pace to justify that valuation. But given its recent track record of growth on both the top and bottom lines, NVIDIA may be able to convince even the most skeptical of investors that it can do just that.