Which of these stocks had the best news today? Find out here.

The stock market continued to climb on Tuesday, with the Dow and S&P 500 moving higher to record levels even as the Nasdaq Composite lagged behind. Investors were generally focused on the beginning of the December meeting of the Federal Reserve's monetary policy committee, which will conclude on Wednesday with a much-anticipated decision on whether to raise short-term interest rates. Yet Wall Street seem poised for whatever outcome the meeting has, as even a rate hike would serve to confirm the strength of the U.S. economy. Moreover, several major companies managed to gain considerable ground, with sizable percentage increases despite their being among the leaders of their respective fields. Goldman Sachs (GS 0.74%), Seagate Technology (STX), and Tenet Healthcare (THC 4.64%) were among the best performers on the day. Below, we'll look more closely at these stocks to tell you why they did so well.

Goldman Sachs was a top performer in the Dow on a percentage basis on Tuesday, with shares rising 3% in light of a couple of favorable news items. First, financial stocks in general seem to expect good news from the Fed meeting this week, as higher rates have helped to support spreads between the deposit rates banks pay their deposit customers and the lending rates they charge their borrowers. In addition, Goldman said that it would move forward with plans to clear bitcoin futures trades for some of their clients after looking at the risk profile and other specifications of the contracts. With the investment bank having enjoyed good business results recently, Goldman shareholders are hopeful that it can capitalize on markets going forward. 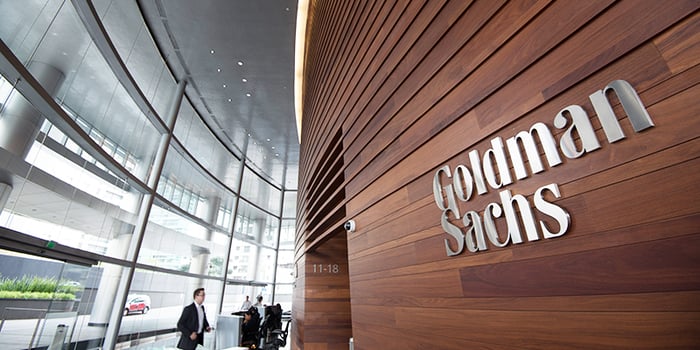 Seagate Technology stock picked up 4% after the computer storage specialist said it would reduce its workforce by about 500 employees during the first six months of 2018. The move affects just 1% of Seagate's global workforce, but the decision is part of a broader restructuring plan that Seagate is implementing in order to cut costs and boost profitability. New CEO Dave Mosley has helped the company reach record shipment volume recently, and bullish investors want to see a combination of smart cost-cutting and better strategic vision in driving Seagate's business forward.

Finally, shares of Tenet Healthcare gained more than 8%. The hospital operator received favorable comments from analysts at Citi, who upgraded Tenet from neutral to buy amid several similar upgrades of other hospital peers. For Tenet, Citi believes that a combination of strategic moves to sell off assets and a rebound in patient volume should help the company see better bottom-line performance in 2018. Hedge fund Glenview Capital Management's position in Tenet also strongly suggests that the hospital operator is consistently looking at any strategies that it thinks could lead to outperformance for shareholders in the near future.