These stocks stood out on a momentous day in Washington. Find out why.

Tuesday was a fairly quiet day on Wall Street, with major benchmarks largely pausing after huge gains in recent sessions. The tax reform package took a key step toward becoming law, with an afternoon vote in the House of Representatives passing the compromise measure and sending it to the Senate for its approval. Even though the overall market didn't see a huge upward move following the passage of the bill, a few stocks posted substantial gains following good news. Darden Restaurants (DRI 1.09%), Zimmer Biomet Holdings (ZBH 2.10%), and Applied Optoelectronics (AAOI 0.65%) were among the best performers on the day. Below, we'll look more closely at these stocks to tell you why they did so well.

Shares of Darden Restaurants climbed 7% after the company announced favorable financial results in its fiscal second-quarter report. The parent company of Olive Garden said that total revenue was up almost 15% from the year-earlier period, bolstered largely by the acquisition of Cheddar's Scratch Kitchen earlier this year. Same-restaurant sales were attractive for most of the company's key franchises, including a 3% rise in comps for Olive Garden, 3.8% for LongHorn Steakhouse and Capital Grille, and 6.8% for Eddie V's. Darden also boosted its outlook for fiscal 2018, expecting same-restaurant sales growth of 2% and slightly higher adjusted earnings than it had previously predicted. After a long malaise, it looks like the restaurant industry is bouncing back, and Darden's results show how it could benefit in 2018 and beyond. 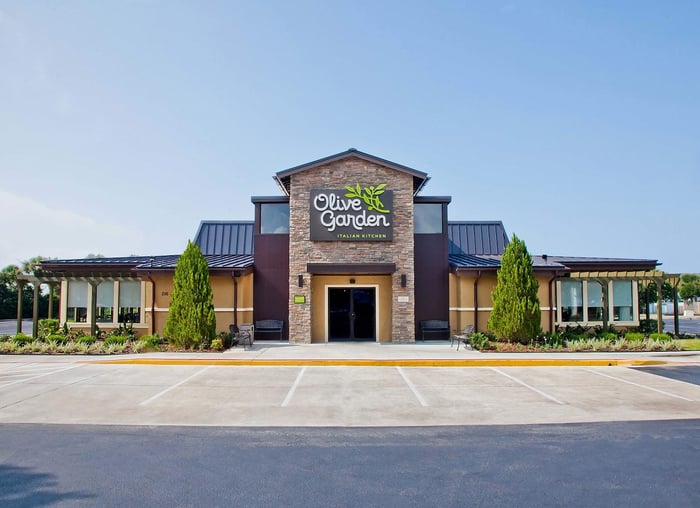 Zimmer Biomet Holdings stock was up by 6% in the wake of the company's announcement that it has a new chief executive officer. The musculoskeletal healthcare specialist said that it had named Bryan Hanson to be CEO, allowing interim chief Daniel Florin to return to his role as CFO. Hanson has substantial experience in the medical device industry, and his time working for a key industry rival could give Zimmer some competitive advantages going forward. With Zimmer having the opportunity to move more aggressively into the robotic surgery space through its 2016 purchase of French company Medtech, it will be interesting to see how Hanson chooses to move the company forward.

Finally, shares of Applied Optoelectronics rose 7%. The move higher came despite further negative comments from analysts at BWS Financial, who gave the fiber-optic component specialist a sell rating earlier this year and repeated their $25-per-share price target on the stock today. BWS said that the company is dealing with challenges from major players in the internet space, but shareholders don't seem to think that those concerns are worth worrying about. That said, even with today's gain, the stock is down by more than half from its summer highs, so it's possible that investors simply think that any bad news is already accounted for in the price of the shares.