Please ensure Javascript is enabled for purposes of website accessibility
Log In Help Join The Motley Fool
Free Article Join Over 1 Million Premium Members And Get More In-Depth Stock Guidance and Research
By Daniel B. Kline - Apr 16, 2017 at 3:32PM

The company has performed better than many of its rivals in a tough operating climate.

While most restaurant chains have struggled to record even flat same-store sales, Darden Restaurants (DRI 1.09%) managed to grow them at six of its seven brands in its fiscal third quarter.

In addition, on the same day it reported third-quarter results, Darden also announced that it had purchased Cheddars Scratch Kitchen, a casual dining brand, for $780 million. Investors were clearly happy with the results and the decision to buy another brand as Darden stock jumped after the two announcements were made. 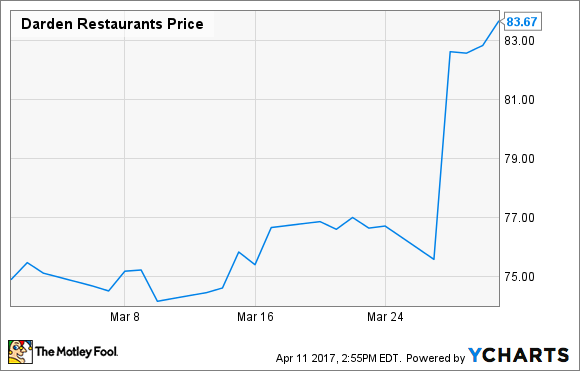 Those are very strong numbers during a period when the number of meals people eat out of the house has been declining, and competition for those consumers has increased. Darden has managed to keep its brands moving forward despite the overall negative headwinds. CEO Gene Lee explained how in the earnings release.

"We continued to gain market share as we outperformed industry same-restaurant sales by a considerable margin again this quarter," he said. "Our teams remain incredibly focused on driving strong operating fundamentals, and I'm very proud of the work they are doing to create memorable experiences for our guests." 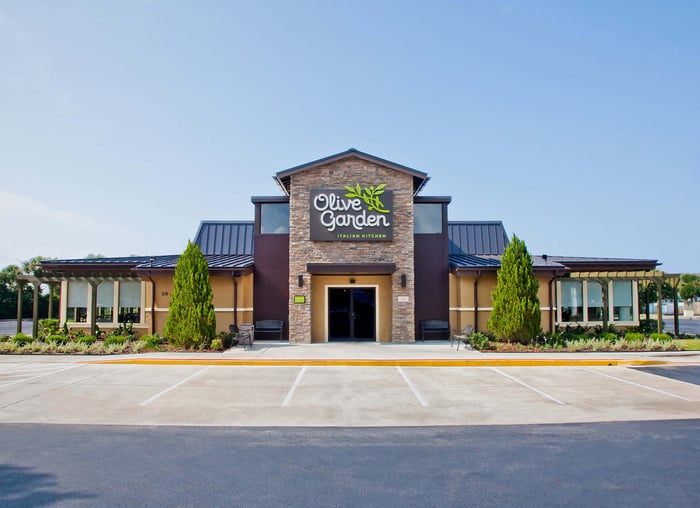 For Darden, it's really a question of whether the chain's brands, and its new acquisition, can continue to defy expectations. Standards for success are pretty low right now in the restaurant industry. Even modest continued gains should keep investors happy. That could be a challenge going forward, but the company is predicting a full-year same-store sales increase of 1.5% across all of its brands.