Mastercard (NYSE:MA) has been a key player in the revolution in payment methods that has taken root over the past half-century. Yet what surprises many financial sector investors is that Mastercard has only been available as a publicly traded stock for just over a decade. Already in that time, the card giant has done what many companies haven't: delivered a stock split to its shareholders.

Many investors, however, are never satisfied, and some can never get too much of what they see as a good thing. With several years having passed since Mastercard's last move and the stock performing well, those impatient investors would like to see another stock split in the near future. How likely is such a decision in 2018? Below, we'll take a closer look. 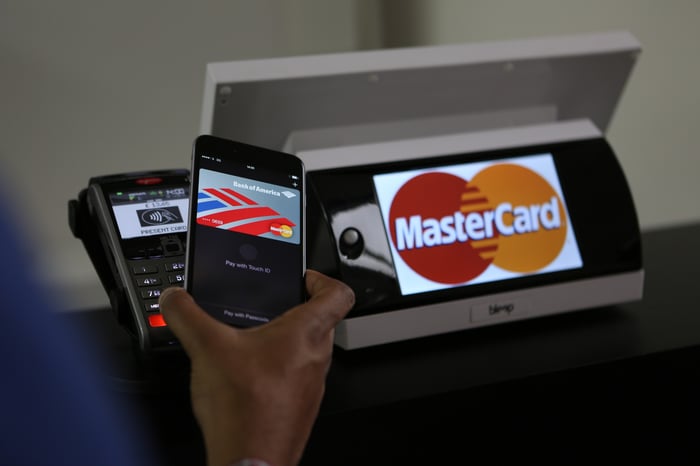 Mastercard has done just one stock split in its short history as a publicly traded company. The chart below gives some information about it.

When you look back at what prompted Mastercard to make its decision to split its stock, the events show the sea change in attitudes about stock splits that has taken place over the past 20 years. In the past, the stock's initial run beyond the $100 mark might well have spurred discussion about whether a split would be appropriate. That happened within a year of its initial public offering, and yet Mastercard showed no interest in doing a split.

Even during the financial crisis, the stock kept its foothold in triple-digit share prices, and after the crisis had passed, the price just kept climbing. Only toward the end of 2013, when the stock had jumped to about $750 per share, did the card network giant finally give in and make the announcement. 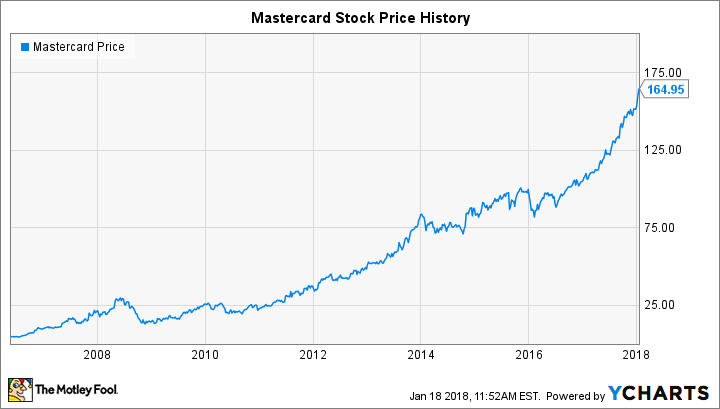 CEO Ajay Banga was succinct at the time in his comments about the split. "Today's actions reflect our ongoing commitment to deliver shareholder value," he said, "as well as our confidence in the long-term growth and financial performance of our company."

How Mastercard has done since its split

Companies often see their stocks take a breather after doing a split, and as you can see from the chart above, that was partially the case for Mastercard. But in the past two years, the card giant has continued its rocket ride higher, crossing convincingly into triple digits and showing few signs of slowing.

The fact remains, though, that investors' attitudes toward stock splits have changed dramatically, and a return to the old ways of making moves isn't likely. At the very least, past precedent suggests that Mastercard will need to quadruple in price before it starts to approach the level at which company executives would consider a split. A greater number of four-digit stock prices elsewhere in the market might even prompt Mastercard not to make such a move even if it were to enjoy a big run higher.

Mastercard has plenty of promise, and investors see potential for another strong year for the company in 2018. But for those who for whatever reason want to see their confidence in the stock confirmed by an executive decision for the company to split its shares, the coming year is likely only to bring disappointment.