MasterCard split its stock in 2013, which obscured a large dividend increase. Here's what shareholders need to know about its historical stock splits, dividends, and its split-adjusted IPO price. 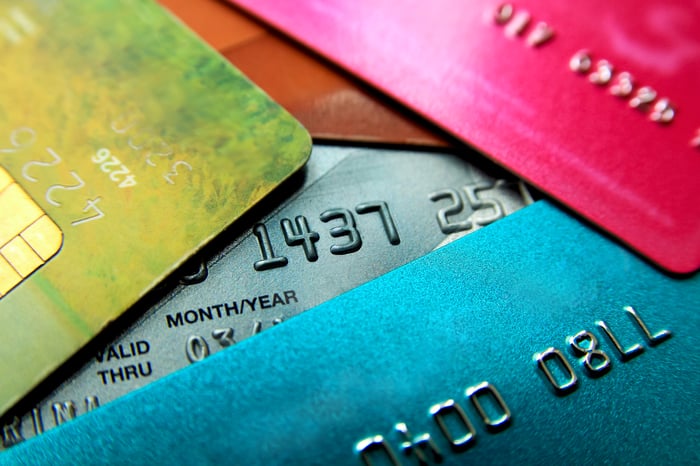 Does the stock split matter?

Stock splits are truly superficial corporate events. When a company splits its shares, the number of shares each shareholder owns increases, and the value of each share falls proportionately. Thus, by splitting its stock, MasterCard shareholders owned 10 times more stock after the split, each valued at one-tenth of the pre-split value per share.

One can conceptualize the effects of a stock split by thinking about a pizza. Whether cut into 4 slices or 8 slices, the size of the whole pizza does not change. The only thing that does change is the size of each slice.

Warren Buffett's Berkshire Hathaway is infamous for having never split its class A shares. As a result, the company's Class A shares trade for more than $222,000 each at the time of writing. Class B shares, which have been split multiple times, trade for a much more affordable price of $148. There is no real difference between what the two stocks offer, except that Class B shares have 1/1500th of the ownership as a Class A share.

Why would MasterCard split?

Theoretically, a lower share price allows more investors to buy a company's stock. If MasterCard had never split its shares, a single share would trade for about $970 today compared to the current price of roughly $97 per share.

It is generally better to buy and sell stocks in lots of 100 shares, as these so-called "round lots" of stock are given preference to "odd lots" of 99 shares or fewer by brokers and stock exchanges. By splitting its shares 10-for-1, a round lot of 100 shares of MasterCard stock is worth just $9,700 today vs. the $97,000 price if its shares had not been split. Though the difference might be negligible for billion-dollar funds and institutions, it's very important for individual investors.

What is MasterCard's split-adjusted IPO price?

MasterCard went public at a price of $39, and rose to $46 in its first day of trading. Adjusted for the stock split, its IPO price was $3.90 per share, and its stock closed at a split-adjusted price of $4.60 on the first day of trading. Incredibly, its per-share dividends of $0.19 in 2016 amount to a total annual payout of $0.76, or nearly 20% of the split-adjusted IPO price!

Possibly. Recall that on the day of the stock-split announcement, MasterCard shares traded for $783 each. Currently, shares trade for about $95. One would surmise that MasterCard has a long way to go before the company feels obligated to split its shares once again. To reach the price of the last stock split, MasterCard's value would have to increase 724%, which would value the company at more than $856 billion compared to its current market capitalization of approximately $105 billion.

Jordan Wathen has no position in any stocks mentioned. The Motley Fool owns shares of and recommends Berkshire Hathaway (B shares), MasterCard, and Visa. We Fools may not all hold the same opinions, but we all believe that considering a diverse range of insights makes us better investors. The Motley Fool has a disclosure policy.