Last fall, Apple (NASDAQ:AAPL) introduced three new flagship iPhone models: iPhone 8, iPhone 8 Plus, and iPhone X. The iPhone 8 and iPhone 8 Plus were direct successors to the prior-generation iPhone 7 and iPhone 7 Plus, while the iPhone X was an ultra-premium device with a commensurately high price tag.

All three of these smartphones came in the same two storage configurations: 64 GB for the entry-level models and 256 GB for the higher-end versions. The 256 GB option for each device cost $150 more than its 64 GB counterpart. 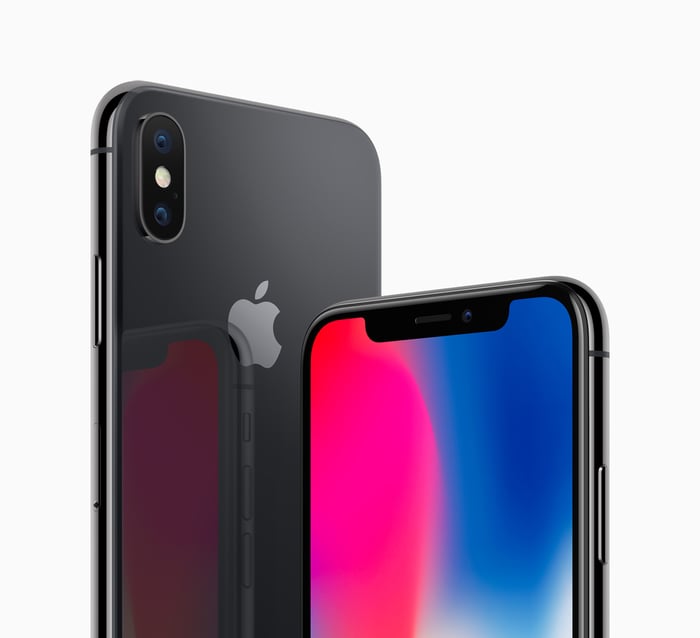 In the coming iPhone product cycle, I expect that Apple will offer variants of its premium iPhone X-series devices with an even bigger 512 GB storage configuration -- a configuration that was previously rumored  for the current iPhone X lineup but ultimately didn't materialize last year.

Here's how I expect the lineup could look when it's introduced later this year.

I believe the 6.1-inch LCD iPhone will come in the same storage configurations that the current iPhone models do -- 64 GB base configuration and 256 GB for the upgraded configuration.

There wouldn't be any technical reason to not offer this model in a 512GB variant, but considering it's expected to be the cheapest of the bunch, and considering that users that would want to buy a phone with 512GB of storage are probably power users that'd go for the higher-end models anyway, I don't think such a configuration is likely to launch.

However, the successor to the iPhone X and its larger counterpart could come in three storage configurations: 64 GB, 256 GB, and 512 GB. Alternatively, Apple could limit the 512 GB configuration to the larger iPhone X model if space and/or power consumption requirements for 512 GB of storage prove to be problematic for the smaller device.

Apple would simply be bringing the iPad storage-configuration playbook to the iPhone.

Although I wouldn't expect the 512 GB configurations of the next-generation iPhone X-series devices to be hugely popular (since they'd likely be quite expensive), the reality is that there would be iPhone enthusiasts willing to pay that premium.

Some of those enthusiasts may simply be individuals who want to buy the best iPhone possible, which means getting the largest storage configurations possible. Others could be ravenous media consumers who routinely fill their devices up with videos, pictures, movies, and music.

If I'm right that a nontrivial portion of next-generation iPhone X buyers would be interested in 512 GB storage configurations, then Apple could meaningfully boost its iPhone average selling prices by offering such a model.

For some perspective, if Apple's next-generation iPhone X starts at $999 for the 64 GB version, a hypothetical 512 GB model could sell for $1299. If we assume that the rumored larger version of the next-generation iPhone X sells for a $100 premium to the smaller model, the 512 GB configuration of the upcoming larger iPhone X could sell for a stunning $1399.

Again, devices at such high price points wouldn't be for everyone, but there would almost certainly be enough buyers that introducing these storage configurations could turbo-charge Apple's iPhone average selling prices.