As typically happens in the afterglow of earnings season, last week saw a fall in the volume of dividend raises. Regardless, a few stocks bringing up the rear did lift their payouts.

Three of these notables were electronics retailer Best Buy (NYSE:BBY), clothing and home-goods peer The TJX Companies (NYSE:TJX), and tobacco giant Altria (NYSE:MO). Let's take a moment to dig in to each raise. 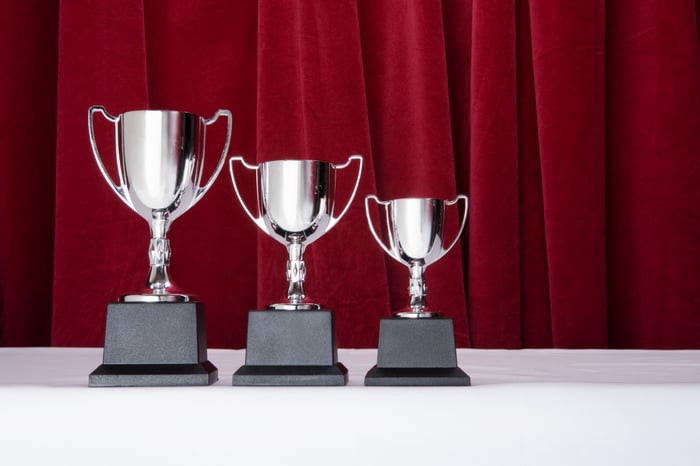 How about a higher dividend to go with that phone charger and new toaster? Best Buy has declared that its new quarterly payout will be $0.45 per share. That represents a 32% raise over its predecessor, the most significant increase since the company initiated its dividend in 2004.

The timing is excellent, as Best Buy is coming off a quarter that crushed expectations. Aided by a strong holiday season, plus the closures of rival stores, same-store sales rose 9% higher on a year-over-year basis, and the company notched convincing revenue and adjusted earnings-per-share beats. The former grew 14% in the period to almost $15.4 billion, while the latter advanced by 25% to $2.42. 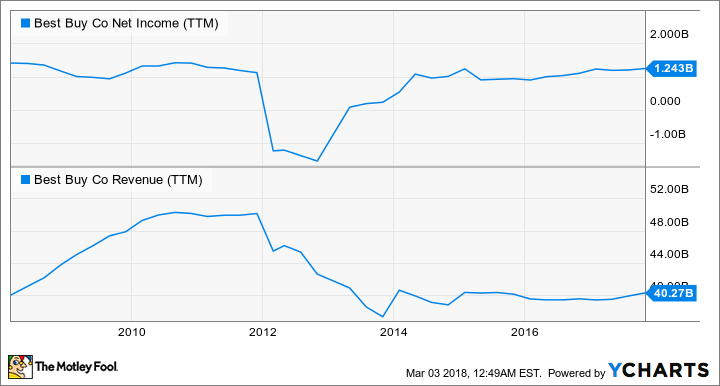 The company is predicting mixed results for its current fiscal year. It's projecting a slight decline in revenue, but an encouraging 9% to 13% increase in EPS.

Meanwhile, a sprawling $3 billion share buyback program announced nearly a year ago had slightly over $2 billion leaving Best Buy's coffers in fiscal 2018. Assuming the company doesn't fully replenish that initiative, it should have enough free cash flow to at least maintain the new dividend.

Best Buy's upcoming distribution will be handed out on April 12 to investors of record as of March 22. It yields 2.5%, which compares favorably with the current 1.8% average of dividend-paying stocks on the S&P 500. The payout ratio is a very modest 19%.

Further proof that the retail apocalypse isn't as apocalyptic as it's cracked up to be: The TJX Companies announced that it intends to raise its quarterly dividend 25% to $0.39 per share. The operator of the popular T.J. Maxx and Marshall's clothing and home-furnishings retailers also plans to launch a Best Buy-sized share buyback program ranging from $2.5 billion to $3 billion during this fiscal year.

Like Best Buy, TJX ended its fiscal 2018 on a high. It exceeded its own estimates for both comps and profitability for Q4. Its comparable sales figure, adjusted for an extra week in this year's quarter, rose by 4%. Net sales grew by 16%, although this was partially due to that extra week. Adjusted EPS came in at $1.19; matching the top line's growth, it increased 16%.

The better-than-anticipated improvements came from, again, a good holiday season. Frigid weather in the colder parts of the U.S. also helped apparel sales. As for this fiscal year, TJX is expecting comparable-sales growth of only 1% to 2%, but a respectable 4% to 6% improvement in adjusted EPS.

As for the company's cash flow, it hasn't been quite enough to cover both the dividend payouts and a clutch of share buybacks. The shortfall isn't immense, though. Meanwhile, the changes in the corporate tax laws should help build the cash pile. I think TJX will manage to lift that payout again before long. 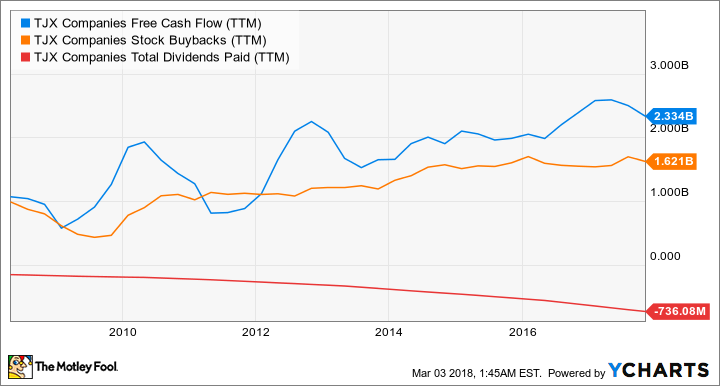 TJX has not yet set the record and payment dates of its raised dividend. Regardless, it would yield a theoretical 1.9%, and its payout ratio would be 33%.

Tobacco giant Altria is smoking 'em while it's got 'em. The company has declared that its next quarterly dividend will be $0.70 per share, or 6% higher than the present level. Its board has also authorized a fresh $1 billion share repurchase program, which should be complete by the end of this calendar year.

Like cigarettes, dividend payouts are a difficult habit to quit for tobacco makers. That's because their profits and operating cash flow tend to be high, and their costs relatively low. Despite that, the industry's results have taken a hit because of ever more stringing anti-smoking legislation in the developed world.

Altria is wrestling with this matter, which is a key reason its Q4 net revenue declined slightly, to just over $4.7 billion. On the other hand, a higher operating profit linked with price increases, combined with cost savings, shot adjusted net income 32% higher to $1.74 billion. Although the company missed the average analyst estimate on the top line, it well exceeded projections for profitability.

As ever, Altria is a strong cash generator, with operating cash flow rising precipitously, by almost 30%. But it's been spending much more than its free cash flow on dividends and stock buybacks lately, plus there are concerns about its persistently high level of debt. I'd imagine it'll find a way to keep that dividend high -- it's a major attraction of the stock, after all -- but these dynamics are a concern. 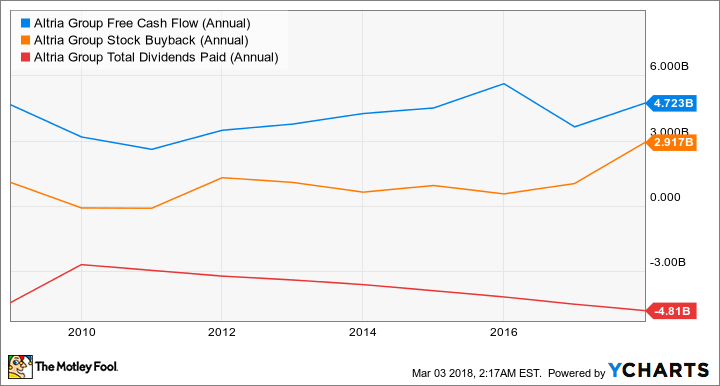 Altria is to pay its upcoming dividend, which would yield 4.5%, on April 10 to stockholders of record as of March 15. The payout ratio is 77%.

As the weather warms up, we can expect the dividend raise scene to grow colder. We're entering the slow between-earnings-seasons period where lifts are farther and fewer between. Regardless, this year is still young, and there are plenty more increases to come; we just have to be patient.