Looking for stocks that will help give you an income boost in retirement? These income stalwarts fit the bill.

The shift from employment to retirement is a monumental change in the way you treat your portfolio. It is at this time that you go from being a net acquirer of investments to grow your nest egg to one in need of stocks that supplement your income. You can get that income in two ways: Sell stocks or reap income from dividend-paying stocks. Selling stocks means eating into your principal and lowering any shots at future growth, while dividend stocks allow you to remain invested in the market.

So we asked three of our investing contributors to each highlight a stock they see as well suited for a retirement portfolio. Here's why they picked 3M (MMM 2.12%), Iron Mountain (IRM 4.25%), and Verizon Communications (VZ 1.66%). 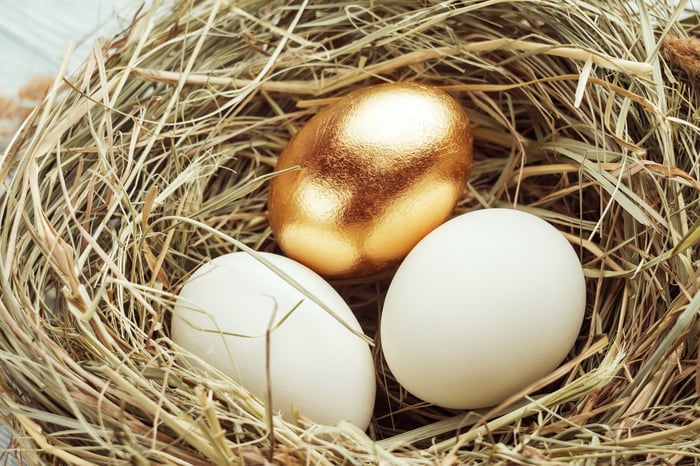 This dividend growth stock won't let you down

Neha Chamaria (3M): I've rooted for 3M before as an ideal stock for retirees, and I'm going to it again today with renewed conviction, thanks to the stock's 13% drop in the past couple of months.

3M's fundamentals are as strong as ever, and the recent market sell-off appears to be the only reason why the stock has languished in recent weeks. You see, 3M shares were up almost 40% in the one year through February, so some bit of profit taking is no surprise. For retirees, it's an opportune time to scoop up some shares of a company that hasn't missed a dividend payment in 100 years and has increased its dividends for 60 consecutive years.

That means if you'd bought 3M a decade ago and reinvested dividends all along, your money would've almost quadrupled by now.

Two flagship brands -- Post-It and Scotch -- that have become household names, a hugely diversified portfolio, and a disciplined capital allocation policy that emphasizes on creating shareholder value are the key to 3M's success. To give you an idea, 3M outlined a five-year financial plan in 2016. So between 2016 and 2020, the company is targeting:

With management also aiming to grow dividends in line with earnings in the long run, 3M is an ideal dividend package for retirees.

Keith Speights (Iron Mountain): Suppose you run a business that produces more records and data than it has room to store. You can't get rid of the records and data for both legal and operational reasons. Would you send it to a small off-site storage facility that has been in business for a few years? Or would you send it to a company that serves nearly every large corporation on the planet and has been around for nearly seven decades?

My guess is that you'd go with the latter option. Most businesses would. And that's a key reason why Iron Mountain stands out as an excellent investing choice for retirees. The company began operations in 1951 and now ranks as the undisputed leader in the records and data storage business. Iron Mountain claims more than 225,000 customers in 53 counties, including 95% of the Fortune 1000.

Another reason why Iron Mountain is a perfect stock for retirees is its tremendous dividend, which currently yields a mouth-watering 7.15%. The company expects to grow adjusted EBITDA by at least 5% annually over the next several years, which should allow Iron Mountain to keep the dividends flowing. I think it's quite possible that Iron Mountain could deliver double-digit percentage total return for investors for a long time to come. This combination of a steady business with recurring revenue, great dividends, and solid growth prospects make Iron Mountain stock an ideal pick for retirees.

A giant among giants

Tyler Crowe (Verizon Communications): When it comes to telecommunications, size matters. Operating a nationwide wireless network takes billions to just maintain, which means companies in this industry tend to be large players with huge customer bases. That is why Verizon is one of the most attractive investments in the telecommunications industry. While it may not have the massive dividend yields as some of its other competitors, it has the largest customer base that generates loads of cash year in and year out to support investments and dividend payouts

Over the past few years, telecom companies have been in a pricing war. One of the reasons that price has become such a sticking point as of late is because of where we are in wireless communication technology. As it stands, the fourth generation of wireless communication technology (4G) has been around for several years. That has allowed many of the smaller companies to catch up to their larger peers with deploying the equipment necessary to support a 4G network. However, we are at the point where companies are talking about installing 5G networks, which is going to require billions in new investment. This leaves Verizon in an advantageous position because it can throw more capital at deploying a new network than its peers. Once that network is built, it will have a distinct advantage that will give it pricing power and still attract more customers.

What's even more important is that Verizon is large enough that it can support massive investments in new technology while still maintaining its respectable dividend that yields 5% today. If you are looking for an investment that can support a high yield and has the catalysts ahead of it to maintain and grow that payout, take a look at Verizon.