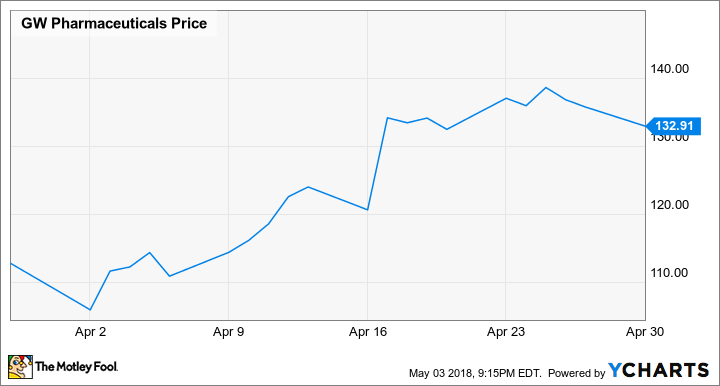 The company's shares popped following indications that the U.S. Food and Drug Administration (FDA) will likely approve Epidiolex, GW Pharma's cannabis-derived drug for treating seizure symptoms. Specifically, investors were pleased that an FDA advisory committee meeting voted unanimously to recommend approval of the drug, noting that the benefits of Epidiolex seemed to outweigh the risks. While the FDA is not required to follow the guidance of the AdComm, it typically does. 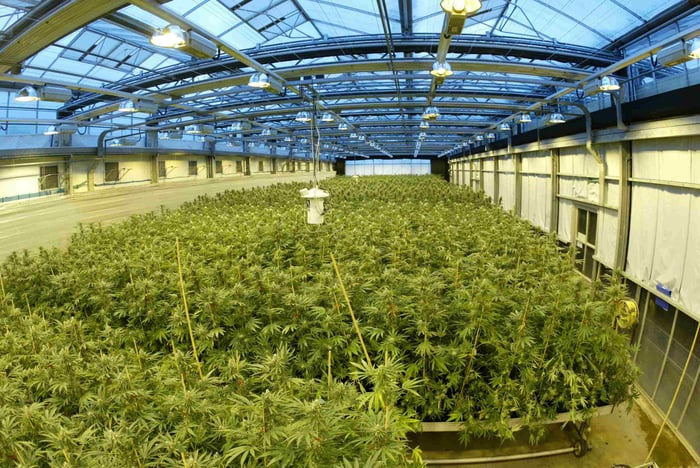 Epidiolex is under FDA review as a treatment for seizure symptoms of Lennox-Gastaut syndrome (LGS) and Dravet syndrome. GW Pharma CEO Justin Gover said in an April 18 press release: "We are pleased by the advisory committee's unanimous recommendation to approve Epidiolex, which would provide an important treatment option for patients with LGS and Dravet syndrome, two of the most severe and treatment-resistant forms of epilepsy."

While Epidiolex's initial target patient population is just 20,000 people, these patients are extremely sick children that could greatly benefit from a new treatment option. Peak sales expectations for the drug are over $500 million -- a far cry from the $16 million in revenue GW Pharma reported in 2017.

The active component in Epidiolex is cannabidiol, one of the dozens of cannabinoids found in marijuana. Cannabidiol has little in the way of psychoactive effects while offering potentially worthwhile medicinal characteristics. The FDA has previously approved synthetically produced variants of cannabidiol, but Epidiolex could potentially be the first approval of a drug derived from the marijuana plant.

Expect an FDA decision by June 27.