The market continues to punish Polaris Industries (NYSE:PII) for no real good reason, dropping its stock over 13% after the powersports vehicle maker reported earnings that beat analyst's expectations and offered guidance that was in-line with their forecasts.

Without question, escalating trade tensions are having an impact on how Polaris expects to perform for the rest of the year. Despite the increased costs the trade war is incurring, Polaris still looks to be well positioned to grow. 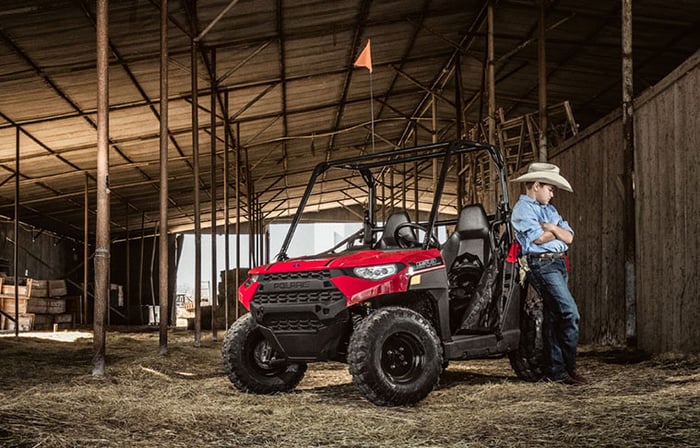 Tariffs will hurt more than expected

Polaris dramatically underestimated just how painful the tariffs were going to be. It initially predicted $15 million in higher costs this year, split about evenly between tariffs and logistics. The reality, however, is the trade war is going to costs a lot more, around $50 million, with $33 million related to tariffs and the rest split between logistics and higher commodity costs.

It's quite possible next year is going to be even worse, though Polaris didn't want to think that far out, especially as there could be billions of dollars more in tariffs coming down the pike. Polaris says it supports fair and freer trade, and it believes the battle will achieve a better situation in the end, but acknowledges there will be casualties in the process.

The market for RZRs, Rangers, and other off-road vehicles is getting better, though not dramatically so. Agricultural and oil-dependent states have improved, and though President Trump has recommended $12 billion in subsidies to farmers hurt by his trade policies, Polaris notes there's a marked difference between a farmer needing to spend hundreds of thousands of dollars on new farm equipment and buying a Ranger. Demand remains strong.

Retail sales were up 6% for the quarter and gained momentum as the quarter progressed, management expects sales to keep growing. The overall market is still weak, but Polaris is going from strength to strength in the space, seeing retail sales rise by low single-digit rates and gaining even more market share. This winter, Polaris is expecting snowmobiles to have a strong comeback, too.

Motorcycles are holding their own, too

The Indian Motorcycle brand continues to impress, seeing retail sales rise in the quarter even as Harley-Davidson suffered yet another quarter of falling sales despite engaging in discounting to move its bikes.

But suffering the collateral damage associated with the retaliatory tariffs that were aimed primarily at Harley, Polaris confirmed it is moving some production to its assembly plant in Poland to sidestep some of the costs associated with the trade duties. It also admitted it was planning on doing so anyway, regardless of the tariffs, because it reduces costs and time in getting its motorcycles to European markets. The tariffs were simply an added incentive as international sales are also strong, with whole goods sales increasing 9% in the quarter.

Polaris is having good success with its lighter weight Scout models compared to the heavyweight market that is really struggling. While motorcycle revenues were down in the quarter, that's more reflective of the lower selling prices on Indian motorcycles, both in terms of discounting and lower-priced models.

Polaris messed up on Jeep parts

Aftermarket sales were up 1%, with sales at its Transamerican Auto Parts (TAP) unit increasing by a like amount. Though TAP continues to see growth in its four-wheel parts stores and through online sales, it screwed up a bit with its proprietary brands because it had a limited number of accessories available when the new Jeep Wrangler hit the market. It's in catch-up mode now, but it missed an opportunity.

Polaris Industries put up some rather strong numbers considering the headwinds it faces in a number of markets, but tariffs represent a difficult hurdle.

The Boat Holdings acquisition is still too new to make any long-range forecasts but will serve to reduce profit margins because it is a lower margin business. However, it also features lower operating costs so Polaris says it doesn't need the boat builder to run at the same level of efficiency as the rest of the business to be profitable.

At 21 times trailing earnings and 14 times next years estimates, Polaris Industries is an attractive stock, even in comparison to Harley-Davidson, which trades at much lower multiples, because it has a more diversified product base and has more growth levers to pull.