Please ensure Javascript is enabled for purposes of website accessibility
Free Article Join Over 1 Million Premium Members And Get More In-Depth Stock Guidance and Research
By Keith Noonan - Sep 14, 2018 at 10:31AM

Disney, IBM, and GM each operate in different industries, but share characteristics that make them worth adding to your portfolio.

Investors in their 50s are often looking toward retirement in the not-too-distant future, so it makes sense for them to favor wealth-preserving, income-generating stocks. That doesn't mean that this investing cohort must completely give up on growth, however.

It might not be easy to find companies that have non-prohibitive valuations, substantial dividend components, and solid underlying businesses with the potential to outperform expectations. But they are out there. Here's why I think The Walt Disney Company ( DIS -0.67% ), International Business Machines ( IBM 1.66% ), and General Motors ( GM -2.15% ) are three stocks in this mold that can help middle-aged investors build a golden nest egg. 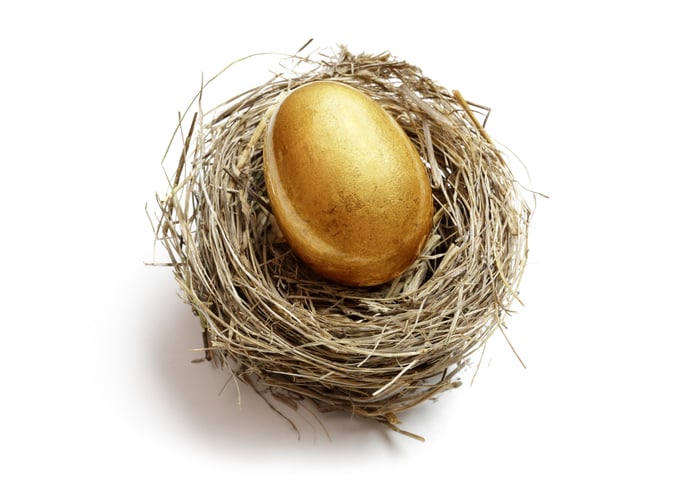 Disney stock is a great fit for investors in their 50s because it's backed by a sturdy business and has both a growing returned-income component and a valuation that leaves room for substantial capital appreciation. From Mickey Mouse's debut in 1928's Steamboat Willie to the sprawling Marvel Cinematic Universe that's spanned 20 films and grossed an astonishing $17.5 billion at the global box office, no other company has played a bigger role in shaping the world's entertainment tastes. And the company is on track to continue adding to its impressive legacy.

Beyond the multiplexes, Disney has used its wealth of entertainment properties and talent for creating new hits to draw crowds to its theme parks, secure high-margin merchandise licensing deals, and add content to its television networks. That's a business model that has served the company remarkably well, and Disney should be able to keep the core of this system intact while pursuing new opportunities and returning value to shareholders.

The stock trades at roughly 16 times this year's expected earnings and sports a 1.5% yield, but investors can look forward to shares purchased today posting a much bigger yield a decade down the line. The company has raised its payout at a compounded annual growth rate of roughly 14% over the last five years, nearly doubling its dividend across that stretch. Even with that aggressive payout growth, the company generated enough free cash flow over the trailing-12-month period to cover its dividend nearly four times over.

IBM is a tech sector play that offers a chunky yield, a high likelihood of ongoing payout increases, and growth prospects that are greater than its current valuation implies. Shares trade at just 10 times this year's expected earnings, and come with a 4.3% yield. Sweetening the picture, the company has raised its dividend distribution on an annual basis for 23 years running -- making a growing returned-income component an ingrained part of stock ownership that management is no doubt keen to maintain. With its transition to cloud services returning the business to sales growth, Big Blue should be able to keep the payouts flowing.

After posting 22 consecutive quarters of sales declines, IBM broke that undesirable streak with its first earnings release in 2018. The IT giant's days of prolonged sales declines appear to be over, as growth in its cloud services, analytics, mobile, and security ventures are outweighing declines in its legacy hardware and software businesses. Revenue from these growth businesses, or "strategic imperatives" as IBM calls them, accounted for just over half of sales last quarter.

Strategic imperatives revenue over the trailing-12-month period is up 12% annually on a currency adjusted basis, and the annual run rate for software-as-a-service revenue reached $11.1 billion last quarter -- up 24% over the previous year on a currency adjusted basis. The market doesn't seem to be giving IBM much credit for the turnaround progress, or for the slew of recent deals that the company has signed that point to a sustained rebound. The stock is looking cheap in light of the business' recent progress and great dividend.

General Motors' business has been posting record sales, exhibiting promising performance in key growth markets, and making progress with new technologies and services. But you wouldn't know it from the company's stock performance. Shares now trade in the neighborhood of 52-week lows and are valued at less than six times this year's expected earnings.

The company's stock has been depressed by concerns that the auto industry is entering a down cycle, and by longer-term concerns that disruptive technologies could derail the titans of the industry. With self-driving and electric cars gaining ground, there are big changes on the horizon for the auto industry. However, GM is better positioned to thrive amid many of these changes than the market seems to be giving it credit for.

The company is expanding its Maven car-sharing business, and owns a 9% stake in ridesharing company Lyft. And global sales for its Bolt electric vehicles were up 40% year over year across the first half of 2018. Along with Alphabet, the company stands as one of the early leaders in the autonomous vehicle space, and GM anticipates that a single self-driving vehicle could bring in hundreds of thousands in revenue over its lifetime.

There's real opportunity here for long-term shareholders. The stock currently yields 4.5%, and while the cyclical nature of the automotive industry could see profitability take a dive in relatively short order, GM's cost of distributing its current payout comes in at roughly a quarter of trailing earnings. That should give the company some cushion even in a downturn. And GM's strong brands, manufacturing expertise, and innovation efforts should help keep it at the forefront of mobility trends and ready to capitalize on resurgent demand.