Shares declined due to comments from management indicating that pricing for NAND memory had fallen in the quarter and bearish coverage from analysts. 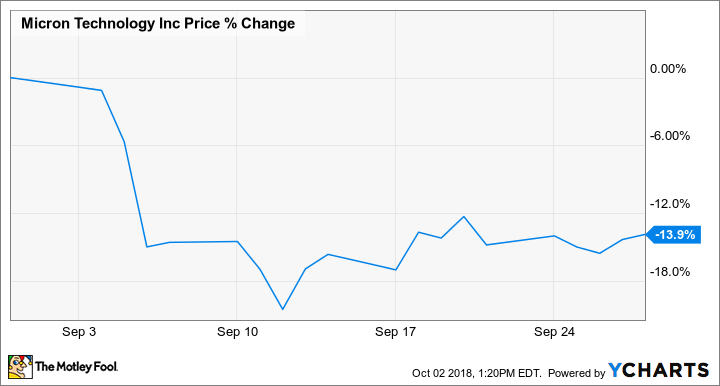 Micron's chief financial officer, David Zinser, said at a conference held by Citigroup on Sept. 6 that overall prices for NAND memory (which has been the core of the company's growth) had fallen last quarter. Morgan Stanley analyst Shawn Kim published a research note the the same day outlining a bearish outlook for the memory-chip market, and the combination of these developments prompted steep sell-offs for Micron and other chip stocks. 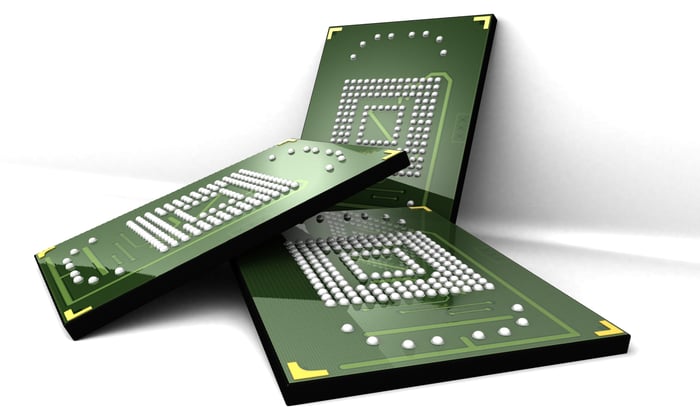 Strong demand and pricing for memory chips have driven impressive sales and earnings gains for Micron over the last several years. However, the product category tends to be cyclical, so it's not surprising that indications that the NAND market is weakening would result in a decline for the company's stock.

Micron reported third-quarter results on Sept. 20. Sales and earnings both came in ahead of the market's expectations, but a deflated outlook for memory prices meant that the stock didn't get much of a bounce from the otherwise impressive results. Revenue climbed 38% to reach $8.44 billion, beating the average analyst revenue estimate by $190 million. Non-GAAP net income rose 75% year over year, coming in at $3.53 per share and exceeding the average analyst estimate for per-share earnings of $3.34.

Micron stock has continued falling in October, with shares trading down roughly 8.1% as of this writing. 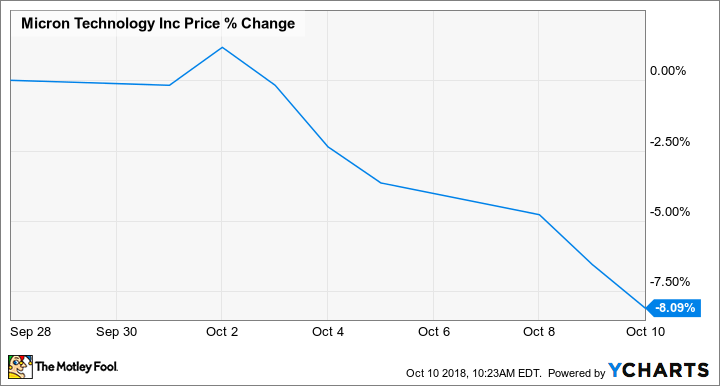 Shares now trade at roughly four times this year's expected earnings, which might look very cheap in light of the company's growth lately, but the cyclical nature of Micron's industry makes it difficult to chart the stock's future performance by looking at recent and near-term earnings performance. NAND pricing appears to be on track to continue falling, and the possibility that DRAM chips (Micron's other key product category) will lose pricing power means that the company's earnings could drop precipitously.