Shares of Tiffany & Co. (NYSE:TIF) were down 9% as of 2:30 p.m. EDT Wednesday following concerning comments on growth in Japan and China from fellow luxury goods specialist LVMH Moet Hennessy Louis Vuitton (OTC:LVMUY). LVMH shares are also down 8% as of this writing. 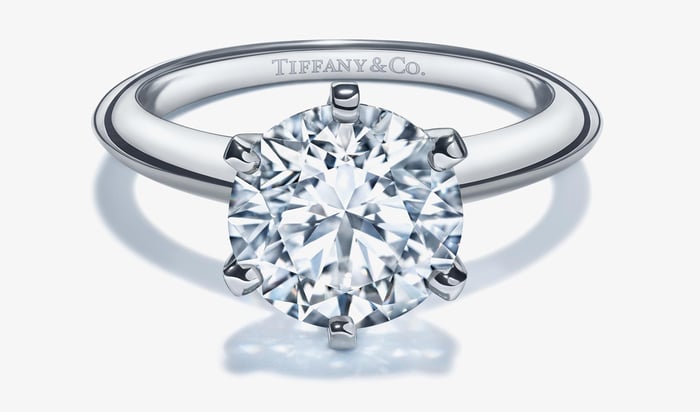 In particular, during their quarterly conference call today, LVMH management warned that they've seen a "significant slowdown" in growth from Japan, where Tiffany generated roughly 14% of its trailing 12-month sales. And while LVMH also noted it's had a less-severe deceleration in China -- which comprised around 16% of Tiffany's revenue last year -- the company confirmed that Chinese authorities have ramped up border checks on returning travelers in recent weeks in an attempt to stem unauthorized imports of luxury goods.

Of course, it likely didn't help that Tiffany stock was up more than 30% over the past year as of yesterday's close, helped by successive better-than-expected quarterly reports in both May and late August. Within the latter, the company revealed that worldwide net sales had climbed 12% year over year, including growth of 28% and 11%, respectively, from the Asia-Pacific and Japan regions. With the continued outperformance of those two regions in doubt, however, it's hardly surprising to see Tiffany stock falling today.