They're still counting the votes in some states, but the overall results of the U.S. elections on Tuesday are now known. All 435 seats in the U.S. House of Representatives were on the ballot. Thirty-five U.S. Senate seats were up for grabs. Thirty-six governors were voted on by citizens as well. 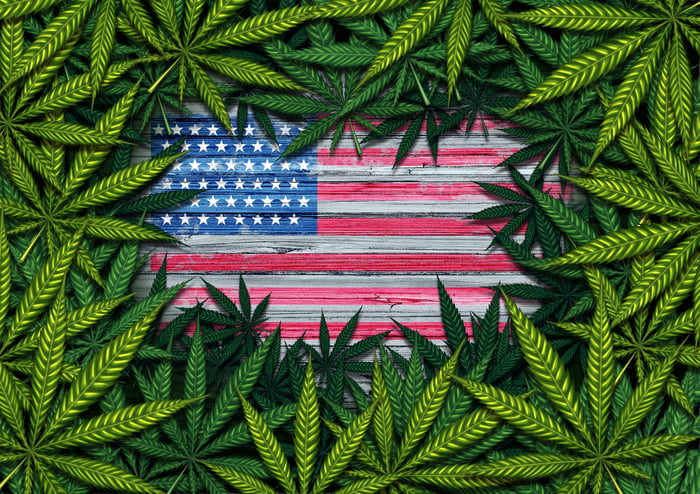 Let's start with the one negative outcome. North Dakota citizens voted against Measure 3, which would have been the most expansive legalization of recreational marijuana in the U.S. had it passed. However, nearly 60% of the state's voters chose to reject the measure.

Perhaps the best news for marijuana supporters came from Michigan, which voted to become the 10th U.S. state to legalize recreational marijuana. Arcview Market Research and BDS Analytics project that Michigan will claim the fifth-largest marijuana market in the country by 2022, with annual sales of around $1.4 billion.

Overall, election day was quite positive for the U.S. cannabis industry and for marijuana businesses either operating in or with plans to expand into Michigan, Missouri, and Utah. Any industry likes it when their total addressable market increases. That's exactly what will now happen.

Democrats will regain control of the U.S. House of Representatives, although the exact number of seats they will hold remains to be seen. This arguably increases the likelihood that legislation to change federal antimarijuana laws will advance in the U.S. Congress.

While the majority of Americans support the legalization of marijuana, the numbers are much higher for those identifying as Democrats, according to an October 2018 survey conducted by the Pew Research Center. Politicians by nature want to please their bases. With nearly 70% of Democrat voters supporting the legalization of marijuana, it makes sense that a Democrat-controlled House is more likely to pass promarijuana legislation than a Republican-controlled House would. 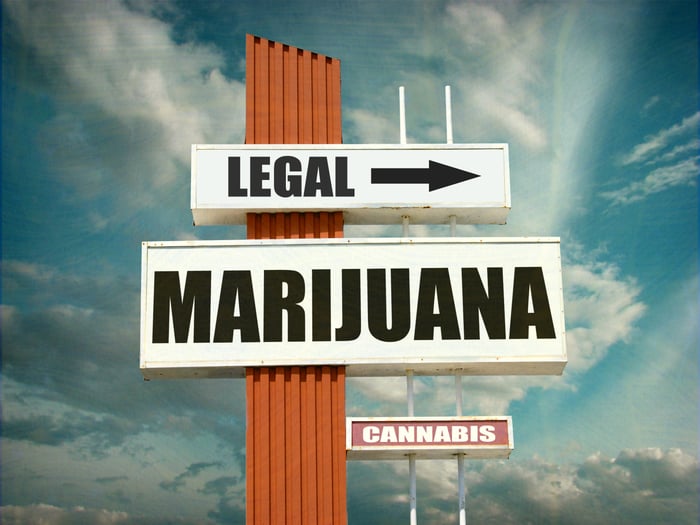 But could such legislation also pass in the Senate, where the GOP actually picked up two additional seats? Maybe. Remember that prior to the Tuesday election, 31 states had legalized marijuana in some form. That total has now bumped up to 33. What this means is that 66 of the 100 members of the U.S. Senate represent states that allow the legal use of marijuana, either medical, recreational, or both.

President Trump has already signaled his likely support for bipartisan legislation to leave the legalization of marijuana to states. With the president and the House of Representatives potentially lining up behind federal marijuana reform -- and record numbers of Americans supporting legalization -- the Senate could feel tremendous pressure to pass legislation.

What this could mean for the cannabis industry and marijuana stocks depends on the details of the legislation that might ultimately be passed into law. However, it's quite possible that the door could be opened for Canadian marijuana growers to expand into the U.S. and for banking restrictions that currently hamper the cannabis industry to be removed.

3. A high probability that Jeff Sessions will be replaced

U.S. Attorney General Jeff Sessions has been the most visible high-ranking opponent to the legalization of marijuana. Sessions hasn't been shy about voicing his criticism of marijuana use. And he stoked fears in the cannabis industry in January by rescinding key policies put into effect by the Obama administration that largely kept the Department of Justice from intervening in states that had legalized marijuana.

Now, though, there's a really good chance that Jeff Sessions will be replaced. President Trump has criticized Sessions both privately and publicly. Had the Democrats gained control of the Senate, Trump might have been hesitant to ask for Sessions' resignation and go through the Senate approval process for his replacement. But with Republicans even more firmly in control of the Senate than before, the president should be able to put a new Attorney General into place relatively easily.

It's hard to imagine that Trump would appoint a replacement who is more antagonistic toward marijuana than Sessions has been. And with Trump expressing his support for medical marijuana and a willingness to leave laws about recreational marijuana to the states, a new Attorney General who echoes these views could be on the way.

At a minimum, the exit of Jeff Sessions could mean that the U.S. cannabis industry would breathe a collective sigh of relief. It wouldn't be as far-reaching as some of the effects of the Tuesday election, but a reduced risk of federal prosecution would be welcomed by the industry.

Which marijuana stocks benefit the most?

All U.S.-based marijuana stocks should receive a boost from the overall positives emerging from the elections this week. And Canadian marijuana stocks would definitely soar if U.S. marijuana laws are ultimately changed. But some stocks could benefit more than others.

MedMen Enterprises (OTC:MMNFF) might be one of the biggest winners from Michigan's vote to legalize recreational marijuana. The cannabis retailer recently announced the acquisition of PharmaCann, a deal that will make MedMen the largest U.S. cannabis company. Importantly, PharmaCann is already developing operations in Michigan. Thanks to the Tuesday vote, it wouldn't be surprising if MedMen accelerated plans to target the Michigan market.

MedMen would also benefit tremendously from changes to federal marijuana laws in the U.S. However, Canopy Growth (NASDAQ:CGC) could see the biggest positive impact from such changes. The company already has a major U.S. partner in Constellation Brands (NYSE:STZ). It also has a big cash stockpile thanks to Constellation's $4 billion investment. Should the U.S. market open up to Canopy, the entire ballgame for the company will change in a hugely positive way.

Of course, Constellation Brands would also be a major beneficiary of the relaxation of federal antimarijuana laws. The giant alcoholic beverage maker made a big bet on Canopy Growth and a big bet that the global cannabis industry would take off. Changes to U.S. marijuana laws would signify that those bets will likely pay off for Constellation.

There's still a way to go before all of the effects of the Tuesday elections in the U.S. will be felt. But one thing is for sure: Marijuana stocks won.