The Centers for Disease Control and Prevention published a report on Friday about the escalation of binge drinking in the U.S. The study said 37 million Americans binge drink once a week. And the total number of drinks they consume is getting higher and higher, jumping from 472 drinks a year in 2011, to 529 drinks in 2017.

The CDC reports that excessive drinking kills one in 10 Americans between the ages of 20 and 64 years. In 2010, more than 88,000 Americans died from alcohol misuse, a number that researchers believe is an undercount. That figure includes over 14,000 who died from alcoholic liver disease and over 12,000 who died in alcohol-related car crashes. In another study, researchers from the National Institute on Alcohol Abuse and Alcoholism determined that alcohol-related deaths increased 50% over the last two decades. 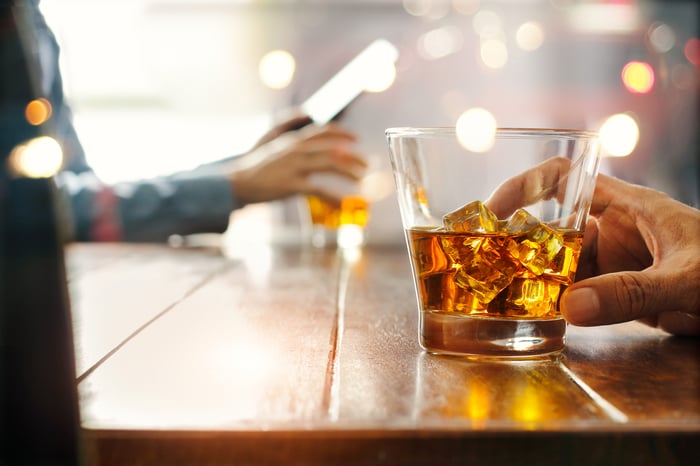 The business of alcohol

Alcohol is a big business, worth more than $1.4 trillion worldwide. The largest public companies in this sector include AB InBev (BUD 1.56%), Molson Coors Brewing (TAP 1.12%), and Constellation Brands (STZ -0.40%).

AB InBev committed to spending $1 billion dollars to promote "smart drinking," which includes the avoidance of binge drinking and driving while intoxicated. Meanwhile, the alcohol industry has commissioned a study that says binge drinking is on the decline.