Please ensure Javascript is enabled for purposes of website accessibility
Log In Help Join The Motley Fool
Free Article Join Over 1 Million Premium Members And Get More In-Depth Stock Guidance and Research
By Keith Speights – Nov 11, 2018 at 6:30AM

Reality usually isn't as great as the hype.

Have you ever noticed that the food at a fast-food restaurant never looks as good as it does on the restaurant's TV commercials? It's not necessarily false advertising. Maybe some of those burgers really do sizzle, with moisture delicately falling off the crisp piece of lettuce.

Most of them don't, though. But the fast-food restaurant has an incentive to portray its food in the most attractive light, so that's exactly what it does.

The truth is that every company tries to present its products in the most attractive way possible. Marijuana growers such as Aurora Cannabis (ACB 7.26%), Canopy Growth (CGC 22.15%), and Tilray (TLRY) certainly do. But the products these companies sell to investors isn't actually cannabis. Instead, it's growth.

There's a dirty little secret that key players in the cannabis industry won't tell you about the "products" they sell to investors: The growth they pitch isn't as attractive as it might seem. 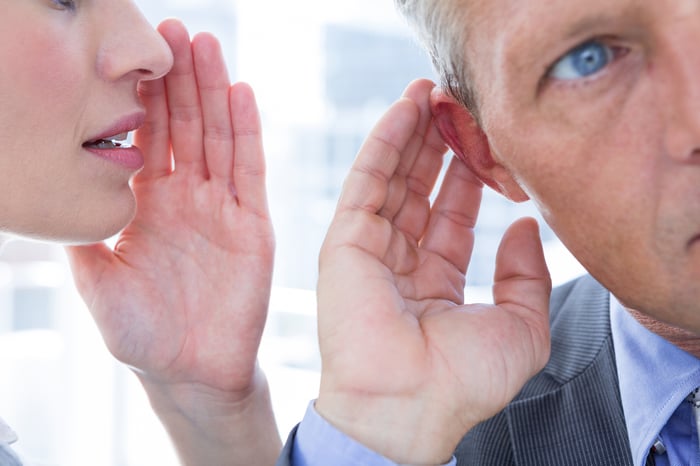 Will total revenue for Canada's recreational marijuana market hit that level in 2019? Don't count on it. Arcview Market Research and BDS Analytics project that legal cannabis spending in Canada will total closer to $2.7 billion next year.

We're already seeing product shortages in Canada. The country's provinces are still working out the kinks in their processes. Aphria CEO Vic Neufeld warned there could be significant problems even before Canada's recreational market opened. His predictions appear to be coming true.

Remember, too, that marijuana growers are still not anywhere close to their projected production capacities. Aurora Cannabis, for example, talks about funded annual capacity of more than 500,000 kilograms. Right now, though, the company's actual capacity is a lot closer to 50,000 kilograms per year.

The huge market opportunity is way in the future

Most of the big Canadian marijuana growers don't focus just on the Canadian market, though. They're fully aware that their companies' market caps can't be justified based on the domestic opportunity.

That's why Tilray CEO Brendan Kennedy went on CNBC a couple of months ago playing up the $150 billion global cannabis industry and the possibility for multiple marijuana companies with $100 billion valuations. It's why Canopy Growth founder and co-CEO Bruce Linton appeared on CNBC as well talking about how cannabis could disrupt a $500 billion global market.

Were these executives plucking numbers out of the air? No. A United Nations report has stated that the global marijuana market totals around $150 billion. If you include alcohol, cigarettes, and pharmaceuticals markets that could potentially be disrupted by cannabis, a figure of $500 billion isn't unrealistic.

But will Aurora, Canopy, Tilray, and others compete in a $150 billion market in the next five years? No. How about 10 years from now? It's still only a maybe.

The bottom line is that the long-term growth that marijuana executives would like for you to focus on is likely way in the future. While the global cannabis industry will certainly expand over the next five years, it won't come anywhere close to the level of growth you might envision based on public comments from some CEOs.

Paying a premium for a big marijuana stock like Aurora, Canopy, or Tilray could be fine for investors with a lot of patience. If the global marijuana market increases to anywhere close to $150 billion, all three of these companies should be worth a lot more than they are now.

Another alternative is to focus on smaller marijuana stocks with less lofty valuations that have better realistic prospects for growth over the next three to five years. Origin House (ORHOF) appears to fit the bill, for example.

The company is the largest cannabis distributor in California. Origin House's market cap currently stands at around $500 million. With the California market projected to more than double by 2022 and opportunities for the company to add more brands to its lineup, Origin House should be able to generate annual revenue of around $325 million by 2020 and even higher after then.

Regardless of which path you take, understand the reality of growth prospects for the stocks you buy. And know that those burgers you see on TV probably won't be what you get in the drive-through, either.