You might be used to CEOs sugarcoating everything and only talking up positives. And that's what many of them do. But not Aphria Inc. (NASDAQOTH: APHQF) CEO Vic Neufeld.

Neufeld fielded questions on Friday morning in Aphria's fiscal 2019 first-quarter conference call. Did he gush about all the great things in store once Canada's adult-use recreational marijuana market opens on Oct. 17? He briefly mentioned the great long-term prospects, as he should, since Aphria is positioned to be one of the big winners from this new market. However, Neufeld spent a lot more time talking about the bumps in the road that are very likely on the way -- for Aphria and for other Canadian marijuana producers. 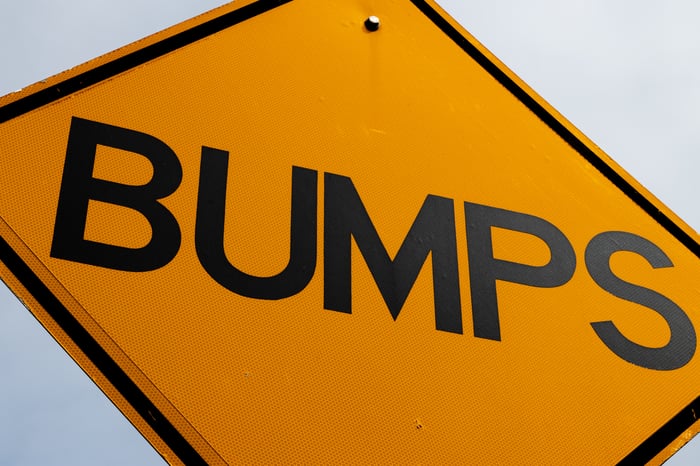 It didn't take long into the question-and-answer period in Aphria's conference call for Vic Neufeld to address what he called "the elephant on the table right now." He warned that there will be serious product shortages in some cases when the floodgates open for the Canadian recreational marijuana market on Oct. 17.

Neufeld candidly admitted that many licensed producers (LPs) "will not be able to fulfill the MOUs [memorandums of understandings for supply agreements] that province regulators are looking for." He said that there "will be gaps, many gaps," adding that "the out-of-the-box journey will be very, very difficult for all licensed producers." Neufeld warned that "there will be sold-out signs" for Canadian customers seeking to buy recreational cannabis products.

Aphria would love to get its Part IV expansion, which increases its greenhouse growing space to 1 million square feet, up and running as quickly as possible. The company plans to submit its request to Health Canada to begin operations in the new space within the next two weeks. But Neufeld noted that Health Canada has a backlog due to its limited staffing resources and that "many LPs are jockeying for position" to get site visits.

It's a similar story for Aphria's new softgel products. Neufeld said that there is significant "pent-up demand for softgels, both on the medical and the recreational side." However, he added that it's "a waiting game" for approval. Neufeld wasn't pointing fingers, though. He acknowledged that "Health Canada is doing everything they possibly can with tight resources of management and manpower."

Another significant issue relates to understanding the needs of the different provinces and territories. Neufeld said that "it's a very difficult task" for Aphria's supply chain team to determine what each province requires. He noted that it's also difficult for other licensed producers.

Neufeld stated that Aphria is essentially "playing Solomon" by determining on its own which provinces will get which products. He acknowledged that "it's not a good place to be" with the company shorting every province.

When asked about which provinces were best prepared for the big day, Neufeld was at first hesitant to respond, replying that it was "a loaded question." However, he stated that there were "one or two provinces" that were in better shape than others. He singled out Quebec as "probably the best-positioned" province.

Aphria should have a pretty good feel for how ready the provinces are. The company has supply agreements for the recreational marijuana market in place with all 10 Canadian provinces as well as the Yukon Territory.

Part of the challenge is that no one -- neither the provinces nor the licensed producers -- yet knows what types of specific products customers will prefer. Neufeld said that more consumer profiling is needed to get "a better grasp on how to shape the supply chain."

Big trouble -- or a tremendous opportunity?

Despite his sounding of the alarm, Vic Neufeld really isn't pessimistic. He thinks that the supply chain challenges are likely to be resolved within two or three months. He still sees Oct. 17 as "a historic milestone" that will "open tremendous opportunities" for Aphria and the rest of the cannabis industry.

However, the most ominous warning made by Neufeld was that if the problems aren't remedied by January, "this whole program is in trouble." Perhaps his comments were made merely to send a wake-up call to some provinces. But investors hoping for marijuana stocks to skyrocket with the launch of the Canadian recreational marijuana market could be in for their own rude awakening if the issues linger well into 2019.