Shares of Pure Storage, Inc. (PSTG 0.66%) dipped 22.2% in October, according to data provided by S&P Global Market Intelligence. The month saw major U.S. indexes post their biggest percentage-based decline since February 2009, and the enterprise data storage company's stock sold off despite no substantial change in the business' outlook. 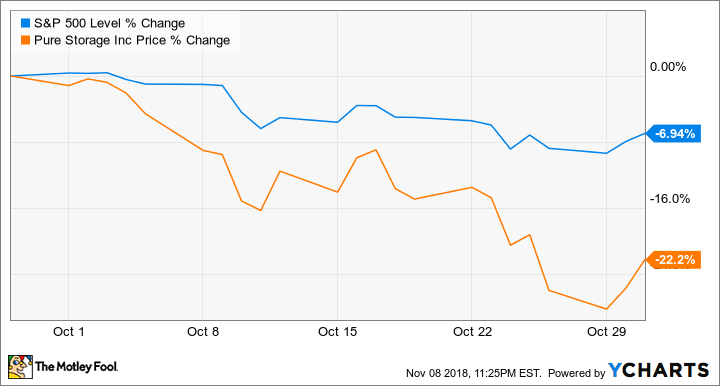 Pure Storage is a growth-dependent tech stock, trading at roughly 86 times this year's expected earnings even after recent sell-offs, and stocks in this category tend to be hard hit when market sentiment turns bearish. Despite recent declines, shares are still up roughly 20% year to date. 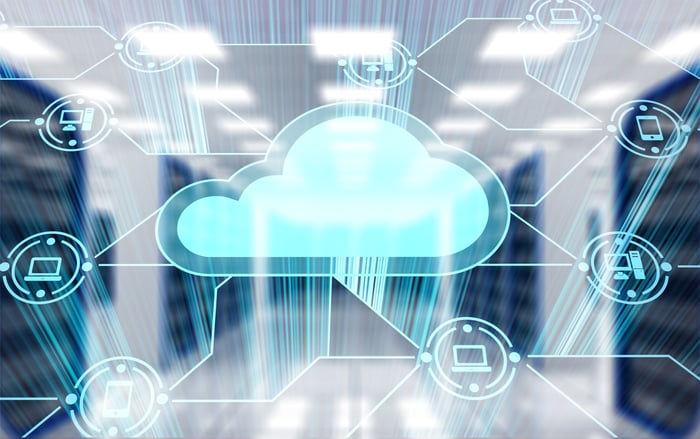 Pure Storage also posted some encouraging news on the service-expansion front last month. The company published a press release on Oct. 12 revealing that it had secured statewide contracts in North Carolina and New York, and then published a press release on Oct. 16 stating that Salinas Valley Memorial Healthcare had implemented the business' storage infrastructure and quickly seen operational improvements.

In spite of some recovery earlier in the month, Pure Storage stock has lost additional ground in November. Shares are down roughly 4.6% through the month's trading so far. 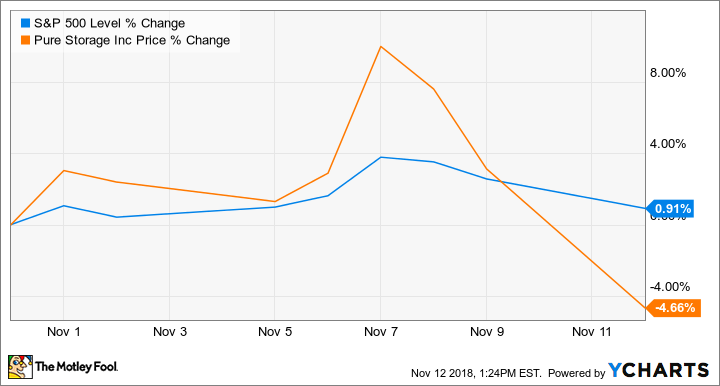 The company is scheduled to report third-quarter earnings after market close on Nov. 19 and is guiding for sales between $361 million and $369 million, representing growth of roughly 31% at the midpoint. Pure Storage expects its non-GAAP operating margin to come in between 4% and 8%, up from a margin of -0.7% in the prior-year period.

Is Pure Storage Stock a Buy?