Walmart's newest idea focuses less on retail space and more on community. Here are three risks the retailer will have to navigate to be successful.

"We want to provide community space, areas for the community to dwell -- a farmer's market, an Easter egg hunt, trick or treating," Johnson was quoted as saying. He later noted that the company plans to break ground as soon as spring, starting at a location in Colorado.

Can Walmart, home of the everyday low price value proposition, turn itself into a town center retailer? 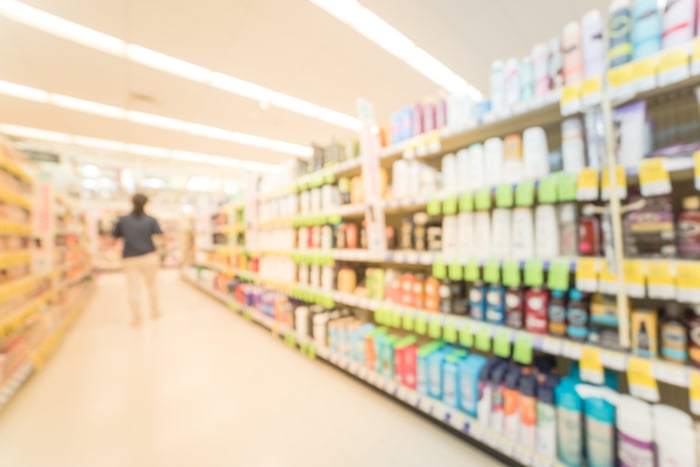 Walmart faces significant odds to make this venture work. The most notable are:

That third risk can also been seen as an opportunity. While headlines touting "the death of retail" are commonplace, and the industry has produced approximately 60 retail bankruptcy filings since 2015, the truth is more nuanced. Take malls, for example. There is a crisis in lower-end, older malls, but upscale malls continue to exhibit growth.

Upscale town centers, which often focus on fine dining, consumer experience, and community, will likely continue to thrive in this challenging environment as they offer value the digital channel cannot. Walmart's town center concept is a way to tap into this market.

Walmart faces a perception problem. The brand is so defined in the minds of shoppers -- for many high-income shoppers, negatively so -- that it will be difficult to change perceptions.

Walmart has aggressively tried to buy its way into higher-income and younger demographics with differing results. The Jet.com acquisition has helped the company aggressively grow digital sales, but the site has suffered slower traffic since the acquisition.

Since the purchase Walmart has taken steps to buffer Jet.com from its eponymous website, even creating a store brand for Jet -- Uniquely J -- to further delineate from Walmart's brand. Other upscale, millennial-friendly purchases – Bonobos and ModCloth -- have experienced lower online traffic after acquisition.

Walmart likely knows this and considers its town center concept a way to better position itself with the higher-income and millennial demographics. It's a smart concept to try on a limited scale and roll out more forcefully if it succeeds.