Shares of Westinghouse Air Brake Technologies (NYSE:WAB), better known as Wabtec, gained 15.3% last month, according to data provided by S&P Global Market Intelligence. The stock has been a battleground between bulls and bears since the company's May announcement that it would merge with the rail division of General Electric, and after a rough October the market appears to be warming to the company's ambitious plan. 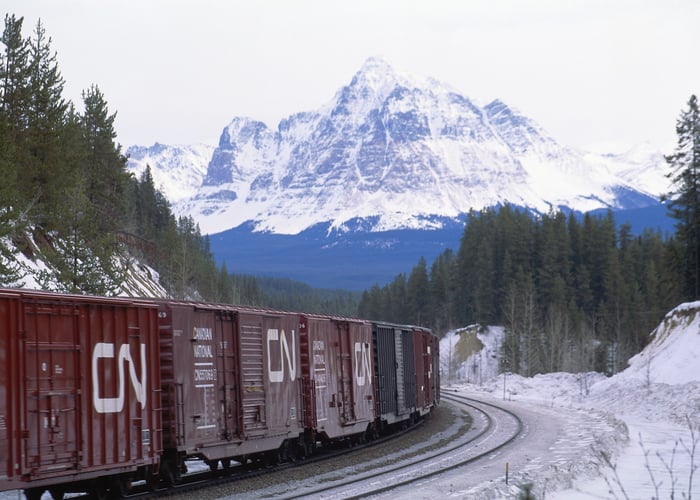 Wabtec, a manufacturer of freight and passenger rail equipment and systems, is a $9 billion market cap company attempting a complex $11 billion combination. In the months since the deal was announced, investors have debated the merits of the transaction, with bulls saying it will create a rail equipment powerhouse with massive cross-selling and synergy opportunities but bears questioning the company's internal EBITDA estimates and worrying about post-merger leverage.

Shares of the company are up 9% year to date, outpacing the S&P 500 by more than 8%, but are down 18% in the last three months even after a strong November.

It appears the bull argument is regaining steam, as evidenced by Wabtec shareholders on Nov. 14 overwhelmingly signing off on the deal. GE and Wabtec expect the combination to generate about $250 million in annual savings and tax benefits currently worth about $1.1 billion. Wabtec in September reiterated those projections, as well as its projections that the GE business will grow adjusted EBITDA from about $750 million this year to between $900 million and $1 billion in 2019.

Wabtec appears to be a victim of the stench surrounding General Electric and the market's lack of confidence in the troubled industrial giant's accounting. Until the deal is complete and Wabtec management has a chance to prove they can generate results that live up to expectations, Wabtec shares are likely to continue on their current roller coaster.

I have confidence in Wabtec's management and their ability to make this transaction a long-term winner for shareholders, but the stock is not for the weak of heart in the quarters to come. This Little Engine That Could still has a tall mountain ahead of it to climb.