Shares of Fluor (NYSE:FLR) declined 37.7% in 2018, according to data from S&P Global Market Intelligence. It was a disappointing year for the company, and it comes after Fluor entered last year with high hopes of a significant upturn in its revenue and earnings.

Fluor's exposure to heavy industries such as chemicals, energy, mining, power, and industrial infrastructure make it a cyclical play on the long-anticipated recovery in capital spending from the oil and gas and mining industries. As such, the stock entered 2018 with high hopes, and the ongoing recovery in energy and mining & metals prices continued in the first half of the year.

Indeed the company saw a good recovery in new award wins, and its backlog started to grow again sequentially for the first time since 2016. 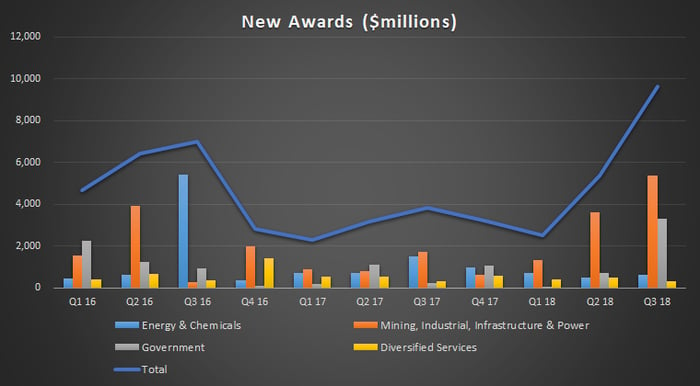 First, Fluor's stock suffered from the company's poor execution, which caused management to slash its full-year 2018 guidance from $3.10-$4.50 at the start of the year to $1.80-$1.90 by the third quarter. The problems relate to charges on a downstream project in Europe and a gas-fired power plant in Florida.

Second, the significant declines in energy and mining commodity prices in the second half of the year -- largely down to fears over the growth prospects for China -- has led investors to doubt that the upcycle in Fluor's end demand can continue. Moreover, companies such as Cummins (NYSE:CMI), a manufacturer of engines used in oil and gas and mining equipment, have already lowered expectations for its shipments to those industries in 2018. Meanwhile, Caterpillar's (NYSE:CAT) management has been talking of "slower but longer growth" in mining capital spending.

Is it a temporary slowing or the beginning of a protracted period of weakness? 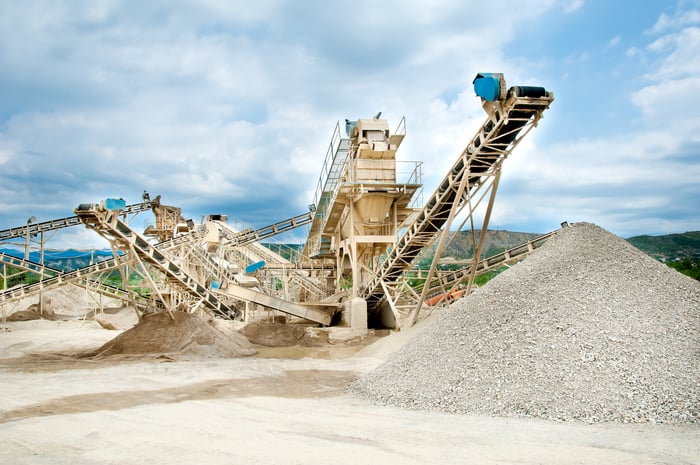 The opportunity with Fluor's stock lies in the possibility that momentum in its end markets will continue and the company's execution will improve in 2019. If so, there's considerable upside potential in the stock. On the other hand, there's no guarantee that commodity prices will improve and Fluor's execution issues mean it can't be regarded as a failsafe way to play the commodity-investing theme.