Times have been tough for retail real estate investment trusts (REITs) lately. The normally reliable industry has been hit by twin concerns about the "retail apocalypse" and the rise of e-commerce, which has eroded traffic at malls and shopping centers, especially at downscale class B and C malls.

Tanger Factory Outlet Centers (NYSE:SKT), one of the biggest outlet center operators in North America, has seen its stock fall 34% over the last three years amid concerns about rising vacancy rates and broader pressures in the industry. Even if brick-and-mortar retail proves to be more durable than some think, there's still the risk that Tanger will struggle to pass along rent hikes as landlords generally like to do.

For income investors, Tanger remains appealing with a 6.6% dividend yield, and the company's occupancy remains high at 96.8% as of its fourth-quarter report. Tanger is also solidly profitable, but its adjusted funds from operations (AFFO) -- the preferred metric in the REIT industry -- fell slightly last year, and the company faces a debt burden of $1.7 billion, which cost it $64.8 million in interest expense last year, eating up more than half of its operating income.

Let's take a closer look at where Tanger stands today and whether or not the stock is a buy.

Check out the latest earnings call transcript for Tanger. 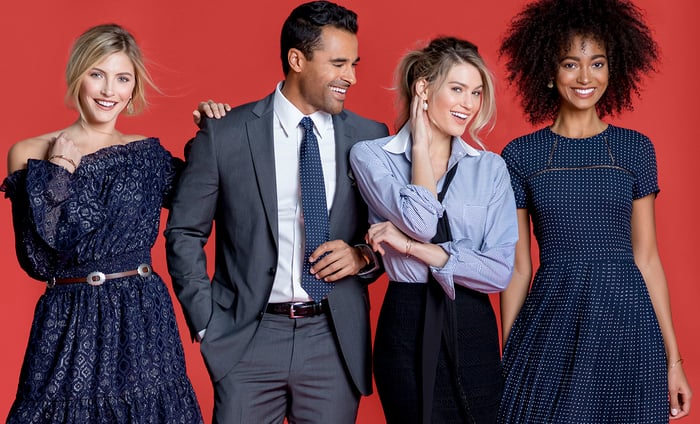 Tanger owns 36 outlet centers across the country, mostly focused in the South and Northeast, and has eight other joint ventures around North America. Given the broader pressures on the retail and shopping mall industry, the company has just one new shopping center in development, in Nashville, Tennessee, where it has begun the early due diligence process. With only one new center planned, investors should expect slow growth over the coming years.

In 2018, revenue increased just 1.3% as operating income fell, even excluding a $49.7 million impairment charge. Same-center tenant sales were up 1.9% last year, indicating some ability to pass along rent hikes, and average sales productivity was up from $380 to $385. However, AFFO was down from $245.3 million to $243.3 million, but rose from $2.46 to $2.48 per share due to fewer shares outstanding. Based on that figure, Tanger has a reasonable payout ratio of 57%, though the company may struggle to raise its dividend over the long term if it's unable to grow AFFO.

Is Tanger a buy?

In addition to Tanger's underwhelming guidance and slow development growth, there are other reasons to be wary of the company's future. Its two biggest tenants, Ascena Retail Group (the parent of apparel chains including Ann Taylor and Lane Bryant) and Gap Inc., have both announced store closures recently, and Ascena, which is struggling to generate a profit, is in the midst of a long-term store optimization plan. A number of Tanger's other retail tenants are also in the process of closing stores, or could be on the verge of doing so.

Besides the threat from tenants closing stores, there's also the risk of recession, which many analysts think could happen within the next two years. Such a downturn could force many of Tanger's retail tenants to shutter stores or even go bankrupt. As an outlet center, which draws consumers with discounted merchandise, Tanger may be at an advantage over some of its landlord competitors, but that makes little difference to the retail tenants its business depends on. And with debt making up three-quarters of its assets, leverage and interest expenses remain risks as well.

Tanger stock isn't about to collapse, as its 6.6% dividend yield should put a floor on the stock, and its model is less macroeconomically sensitive than the retailers it depends on, but its future prospects look modest at best. Even dividend investors should be able to find a better combination of yield and growth elsewhere.