For those looking for blue chip quality in the technology sector, it's hard to get bluer than Texas Instruments (NASDAQ:TXN). This $100 billion company has a proud history going back to its founding in 1930, and it's one of the most shareholder-friendly businesses in big tech -- a trait that's not always the norm in this sector.

Its stellar financial metrics have allowed it to weather the current semiconductor downturn rather well. While the company isn't immune to cyclical swoons, its diverse business model, competitive cost advantage, and long-lifecycle products make it somewhat less volatile than many others in the sector. 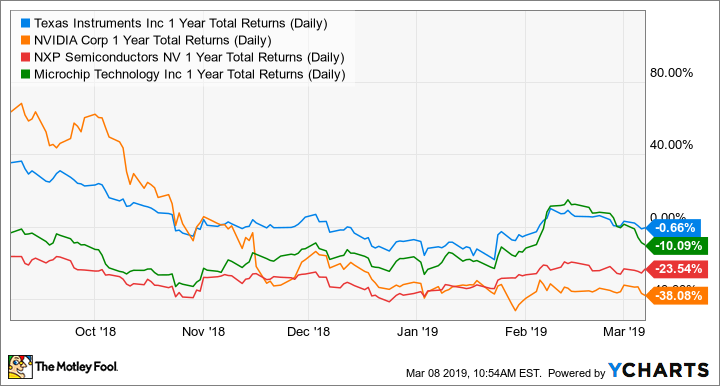 While the near-term fate of the company will largely be determined by ongoing U.S. trade negotiations with China, should long-term investors consider buying Texas Instruments?

Now is a good time to assess the company. Every year, Texas Instruments checks in with investors to share how it fared on its yearly capital allocation scorecard. This is a full presentation that's separate from its regular earnings calls. So how did the company do in 2018?

Check out the latest earnings call transcript for Texas Instruments. 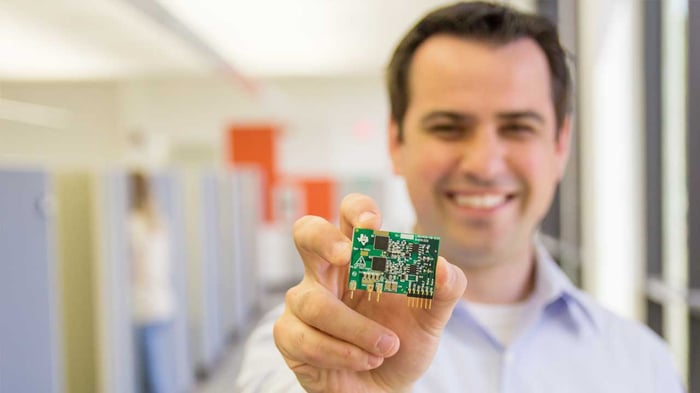 While 2018 will largely be known for its historically volatile fourth quarter in the U.S. stock market, on an operating basis, Texas Instruments generated significant cash flow. For the full year, Texas Instruments hit or exceeded most of its goals:

There are many positives in these figures, but also some potential red flags.

Texas Instruments' free cash flow of 38% exceeded expectations. That's a testament to the company's resilient end markets in analog chips and embedded microcontrollers. Such chips are used in a diverse array of applications, including smart factories, automobiles, appliances, medical devices, and aerospace and defense equipment. Texas Instruments has very diversified revenue, making it less susceptible to volatility in any one sector.

In addition, the company has the competitive advantage of being a low-cost producer of many industry-standard chips. TI's 300 mm manufacturing capacity gives it a low-cost advantage over others, affording the company high margins and the ability to pay shareholders ample dividends and coduct share buybacks.

While the company's margins have remained high, the scorecard also reflected higher-than-expected spending on both capital expenditures and inventory.

The company not only exceeded its capital expenditure targets in 2018, but actually revised that target higher to 6% of revenue for 2019. According to management, this is because the company is buying more new, rather than used, equipment, to expand its 300 mm manufacturing capacity. Management aims to double the current capacity of 300 mm manufacturing, which will cost a bit more now, but should extend the company's cost advantage in the future.

A higher inventory level could also mean the company is having problems selling its chips. Again, management gave a different reason, claiming the rise of average inventory days is the result of a change in its consignment strategy -- the company is deciding to hold more inventory versus selling to distributors. Still, management kept its 2019 target unchanged, which means the rise in inventory should be temporary.

While there are current concerns about global growth, over the long term, Texas Instruments should outperform. Even though the company is spending a bit more on capital investment and inventory, it isn't revising its free cash flow target. That means TI expects its investments will result in growth and margin expansion over time.

In addition, the company's long-term track record is fantastic. From 2004 through 2017 -- years that included the Great Recession -- Texas Instruments increased free cash flow per share at a compounded annual growth rate of 12%, which is terrific for a company of its size. The company is also one of the most efficient large corporations in allocating its capital, with an especially impressive return on invested capital that ranks in the 97th percentile of all companies in the S&P 500.

In spite of these above-average numbers, Texas Instruments is actually reasonably priced, currently trading at just 18 times forward earnings. And the company sports a dividend yield of 2.9%, a nice payout that should grow over time, as it's well-covered by free cash flow.

Using the long-term free-cash-flow-per-share growth figure of 12% as a proxy for earnings, the company trades at just a 1.5 PEG ratio. That's not expensive for such a high-quality company, and makes Texas Instruments a solid buy for long-term investors.