Citron Research sees the e-commerce platform shedding roughly half of its value within the next 12 months. Don't bet on it.

A familiar bear is talking down Shopify (SHOP -3.02%) again. Citron Research argues that Shopify stock should be marked down to $100 within a year. If the stock is trading above $200 in 12 months -- essentially where it is now -- Citron will donate $200,000 to the Robin Hood Foundation.

Citron has its reasons for knocking the fast-growing e-commerce provider, but it wouldn't be a surprise if Citron is out the equivalent of 1,000 shares of Shopify for the benefit of a charity next spring. As for Citron's price target of $100 on the stock with a year, let's go over some of the reasons Shopify is unlikely to be trading in the double digits a year from now. 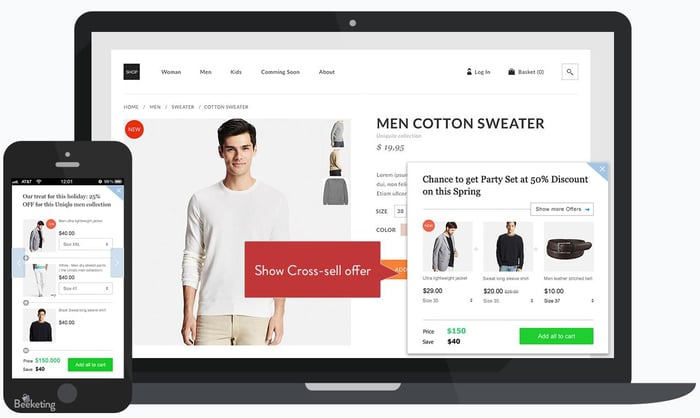 1. Citron's been wrong before

It's been 18 months -- to the day -- since Citron first bashed the Ottawa-based online platform for small merchants. Citron argued that the stock, which had closed at $116.81 a day earlier, was worth roughly half as much. A big difference is that Citron's price target was $60 back in the fall of 2017 and $100 today, largely because the shares have soared 76% since the first dis.

The original argument centered around the FTC inevitably cracking down on the aggressive marketing of Shopify by some of its affiliates and the likely inflated number of merchants on the platform. It has missed on both shots (for now, at least).

Citron Research has made a lot of smart calls in the past, but the noted worrywart just doesn't seem to have a firm grasp on the story, here.

2. The new bearish argument has holes

Citron's latest case argues that Shopify has a lot of future rivals percolating, singling out moves at Weebly, Instagram, and even Mr. Softy as potential threats to its social commerce dominance. It also points to the recent falling out with Mailchimp -- as the email marketing campaign manager will be ending its partnership with Shopify over updated terms of service that will kick in next month.

Some of these challengers could leave a dent in the business, but it's not as if Shopify was immune to rival platforms 18 months ago, or even a few years ago. The only real surprise here would be if everyone else just sat idly by and let Shopify's merchant base grow to its current platform hosting more than 800,000 digital storefronts.

Citron also argues that the growth is decelerating at Shopify despite its peak valuation: Shopify is now trading at an enterprise value of nearly 20 times trailing sales. That may seem high, but the multiple was well north of 20 a year and a half ago. Shopify's market cap may have nearly doubled in that time, but revenue has grown even faster. As for the deceleration, Shopify's revenue growth has slowed for 12 consecutive quarters. Citron missed when it called out the higher valuation 18 months ago when we were already halfway through this streak of deceleration. Put another way, the stock did just fine the last time that it was even more seemingly overvalued with decelerating top-line gains.

3. Shopify is still getting the job done

Let's not overlook the great job that Shopify is doing in defying the skeptics just as those same skeptics argue that it's defying gravity. Revenue soared 54% in its latest quarter, comfortably ahead of the 41% to 46% that it was targeting earlier. Trailing revenue is now in the 10 figures. On the other end of the income statement, we're talking about beating Wall Street targets for adjusted earnings by at least 30% for the past five quarters.

Give Shopify a wall of worry. It knows how to climb.