Avengers: Endgame won't grace the big screen until April 26, 2019. But that doesn't mean it can't crush box-office records in the meantime.

According to Fandango, when tickets for Disney's (NYSE:DIS) superhero blockbuster went on sale Tuesday, it took only six hours to break the single-day pre-sales record set in 2015 by Star Wars: The Force Awakens.

"We've never seen anything like this," said Fandango managing editor Erik Davis. "Its truly a groundbreaking accomplishment, as fans simply cannot wait to see how this epic saga comes to a close."

To be sure, as Marvel Studios' 22nd film and the fourth installment in the Avengers franchise, fans hope Avengers: Endgame will not only offer a satisfactory conclusion to the story arcs of dozens of characters, but also effectively usher in the next phase of superhero films based on the vast Marvel Universe. 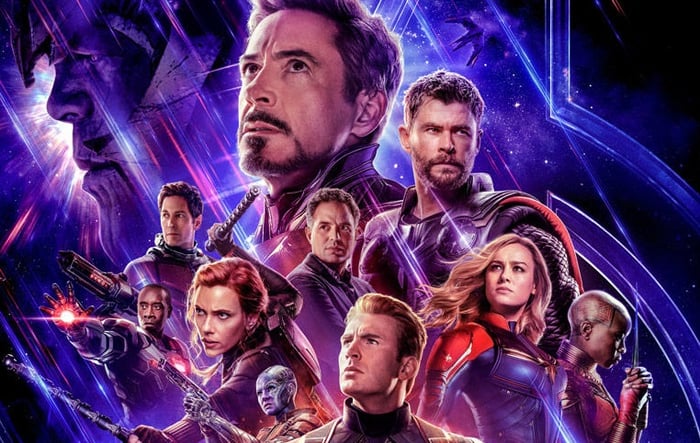 To cope with the demand, Fandango had to essentially throttle its site traffic and put website visitors in a virtual line that displayed their estimated wait time to make the purchase.

And Fandango wasn't the only overwhelmed ticket seller; the surge in traffic was so enormous it briefly took down AMC's website and app as well. AMC similarly confirmed Endgame broke the company's first-day ticket sales records.

What this means for Avengers: Endgame's box office

That said, neither company has disclosed how many tickets they sold on day one when all was said and done on. But the film's epic head start raises the question: Will these record pre-sales translate to a record box-office haul?

According to The Hollywood Reporter this morning, early tracking puts Avengers: Endgame on pace for domestic gross sales ranging from $200 million to $250 million over its three-day opening weekend, which would technically leave it trailing the $257.6 million achieved by the then-record-breaking Avengers: Infinity War early last year.

Still, preliminary tracking also vastly underestimated Infinity War's weekend debut last year, with estimates in the range of $185 million to $225 million. Keeping in mind it's difficult to forecast walk-in ticket sales and repeat viewings from die-hard Marvel fans, I would be shocked if Avengers: Endgame didn't Hulk-smash the high bar set by its predecessor.

Arguably the bigger question, however, is how Avengers: Endgame will translate globally over the ensuing weeks, which is largely a function of those repeat viewings, marketing effectiveness, and word-of-mouth referrals from happy audience members. On the latter, Disney investors can take some solace knowing that co-director Joe Russo recently confirmed Avengers: Endgame sparked "one of the most incredible audience responses in Marvel history" with its early test viewings.

It might seem like a foregone conclusion at this point that Avengers: Endgame will become the fifth film in history to reach that incredible milestone. However high it climbs, at this point I think Disney shareholders should be more than pleased with where it stands today.