TerraForm Power has everything it needs to grow its 5.9% dividend yield.

Last year, TerraForm Power (TERP) relaunched its dividend after spending the previous few years shoring up its financial position. Not only that, but the renewable power company promised to increase its payout at a 5% to 8% annual rate for the next several years. While noting at the time that it needed to find a few more power sources to achieve that plan, it had several ways to deliver on that goal.

However, thanks to the rapid success of its turnaround strategy -- along with some help from a needle-moving acquisition last year -- TerraForm now has all the power it needs to achieve its dividend growth plan. That was clear from the comments of the company's management team on its recent first-quarter conference call. 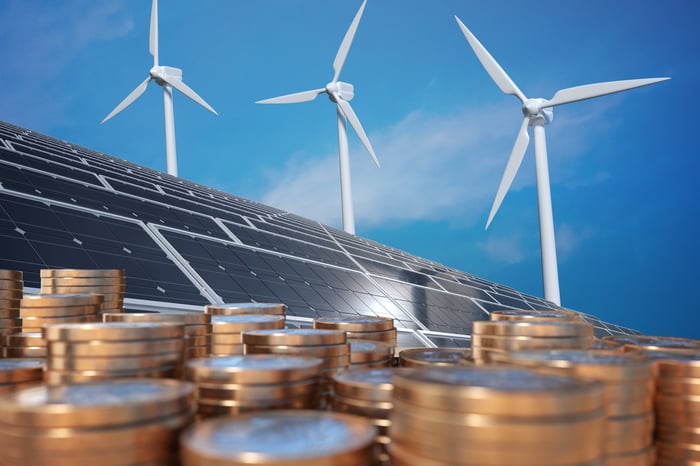 Our self-help initiatives are paying dividends

TerraForm Power's first-quarter results testified to its success as cash flow surged more than 30% year over year on a per-share basis. The company benefited from several factors, including the acquisition of a Spanish renewable power company, the improved availability of its wind fleet, and the actions it's taking to increase the profitability of its legacy assets.

The company should continue benefiting from those earnings improvement initiatives in the coming quarters. CEO John Stinebaugh noted that "once fully implemented, which we expect will occur by mid-2019, we anticipate that these completed margin initiatives would increase CAFD (cash available for distribution) by over $40 million per year." That's a significant uplift for a company that generated $126 million in cash last year. In fact, the uptick from these margin enhancement initiatives alone will produce enough cash flow to "cover approximately 75% of the growth required to achieve [TerraForm's] targeted 5% to 8% annual dividend increase through 2022," according to the company's head of investor relations, Chad Green, on the call.

Because it's already three-fourths of the way to its goal, "TerraForm Power needs only a modest amount of organic growth investments and add-on acquisitions to fill the remaining gap," according to Green. In the company's estimation, it has to invest about $180 million to generate the $19 million of incremental cash flow required to achieve its goal. Green further noted that: "These investments should be fundable through internally generated cash flow. As a result, TerraForm Power should not need to issue any debt or equity capital to meet its growth target over the next four years."

TerraForm has already identified more than $450 million of potential investments that it could make. For example, it holds either the right of first offer or an option to acquire several renewable power assets as part of some previous transactions. In addition, it could also buy out some of the minority owners of its assets. These two opportunities alone add up to nearly $250 million of investment potential. On top of that, TerraForm is advancing several projects to repower some of its existing wind farms by replacing the current turbines with newer, more powerful ones. Overall, the company could invest more than $200 million on wind repowering projects, which includes nearly $70 million on three identified opportunities that it could complete as early as 2021. 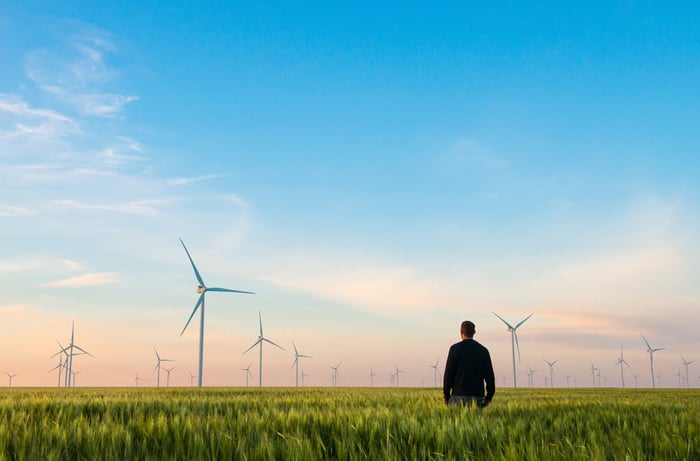 There's upside potential to the plan

While TerraForm Power has enough funding and internally identified investments options to power its dividend growth plan, "this does not mean that we will not execute an acquisition that requires us to issue equity," stated Green. Instead, Green said the company can "afford to be patient and wait for an accretive transaction" to come its way, much like Saeta did last year. That deal was so accretive that TerraForm was able to increase its dividend by 6% more than it initially expected. Thus, the company's ability to make another needle-moving opportunistic deal could enable it to grow the payout at an even faster rate.

TerraForm Power has come a long way over the past few years. The company improved its financial profile to such an extent that it was able to reinstate a high-yield dividend as well as make a needle-moving acquisition. Meanwhile, it has made excellent progress on improving the profitability of its existing assets as well as identifying internal growth prospects. Because of all that, the company has more than enough power sources to grow its payout by at least a 5% to 8% annual pace through 2022, with further upside if it makes another large-scale deal. That combination of yield and growth could enable TerraForm Power to generate market-beating total returns over that time frame.

This Renewable Energy Stock's Future Is Now Even Brighter
395%