Please ensure Javascript is enabled for purposes of website accessibility
Log In Help Join The Motley Fool
Free Article Join Over 1 Million Premium Members And Get More In-Depth Stock Guidance and Research
By Adam Levy – Jun 6, 2019 at 8:31AM

HBO Now is already priced at a premium to the market. How well will it compete with Disney+ and Netflix?

AT&T's (T 0.16%) WarnerMedia is developing a streaming service centered around HBO. It also plans to include Warner Bros. films and series, its library of series from Turner Networks, and original series developed exclusively for the service. Combining Game of Thrones, Wonder Woman, and Friends makes for a compelling content library with broad appeal, but figuring out a price for the service may be a big challenge for WarnerMedia and its parent company.

Considering the growing number of competitors in the space, it's hard to see WarnerMedia successfully winning over customers at a price point significantly higher than $15 per month. 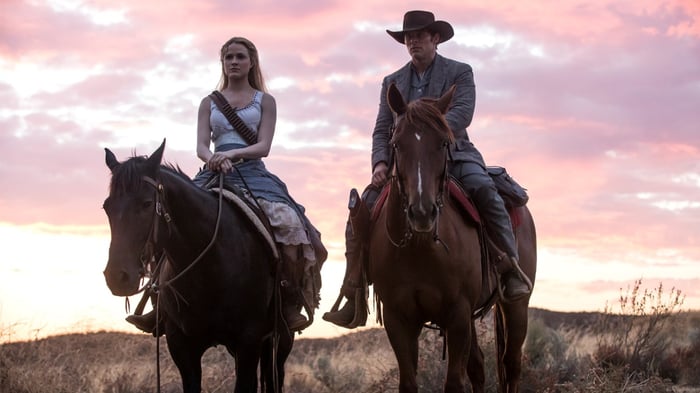 Why AT&T thinks it can charge a premium

At an investors conference last month, AT&T CFO John Stephens brushed off the idea that WarnerMedia won't be able to compete against lower-priced competitors when it launches its service in late 2019 or early 2020.

"I'm not worried about that pricing. I think we're going to have a much deeper, very, very high-quality premium product," Stephens said when asked how WarnerMedia will compete with Disney's price of under $7 per month on an annual basis.

But even relying on HBO's deep library of critically acclaimed originals could see WarnerMedia come up short versus Netflix and Disney. Netflix has surpassed HBO as a favorite producer of original series for both consumers and critics. Meanwhile, Disney has some of the most valuable intellectual property on the market and the combined forces of Disney and Fox studios to produce content for Disney+. Not to mention Disney's deep back catalog of television series.

The idea that WarnerMedia will have a deeper and higher-quality library than Disney or Netflix might be true, but that still doesn't necessarily mean consumers will pay a higher price. The traditional pay-TV bundle also includes a deeper library than Netflix and other streaming services, but most cord-cutters say they don't subscribe because they get enough entertainment from streaming sources. If consumers can get enough entertainment from less expensive streaming options, why would they bother with WarnerMedia's service?

Lowering the price isn't an option

The pricing problem is largely a result of HBO's legacy business with pay-TV distributors. The company charges $15 per month for its stand-alone, on-demand service because that's about the standard price for HBO as part of a pay-TV bundle.

In order to keep its pricing competitive, WarnerMedia is considering throwing in additional content on top of HBO for no extra charge, The New York Times reports. It's a big bet that the company's back catalog of content will drive incremental subscribers. WarnerMedia will forgo $75 million in licensing revenue from Netflix just for Friends if it decides to keep the streaming rights for itself. If WarnerMedia's streaming library is going to be as deep as Stephens suggests, its opportunity costs are going to be massive.

Disney is notably losing about $150 million in operating income this year from forgone licensing revenue, according to comments CFO Christine McCarthy made during the company's first-quarter earnings call. That number will likely climb higher next year, the first full year in which Disney won't license its film output and it'll retain more of its television series.

Those numbers could be significantly higher for WarnerMedia. As such, it's betting that keeping WarnerMedia content for itself will drive millions of incremental subscribers over a stand-alone HBO service. That's tough to fathom.

AT&T is hosting a conference in the fall, and it needs to figure out its pricing before then. It's a big challenge for the company as it balances various opportunity costs with the potential for subscriber acquisition.