Shares of the Priceline parent slipped on trade war-related concerns.

Shares of Booking Holdings (BKNG 1.69%) were getting vacated by investors last month, as a brief earnings pop wasn't enough to overcome macroeconomic headwinds and broader concerns about the travel industry. According to data from S&P Global Market Intelligence, the stock finished the month down 11%.

As the chart below shows, the stock fell gradually over the course of the month along with the broader market, though it popped temporarily when its earnings report came out on May 10. 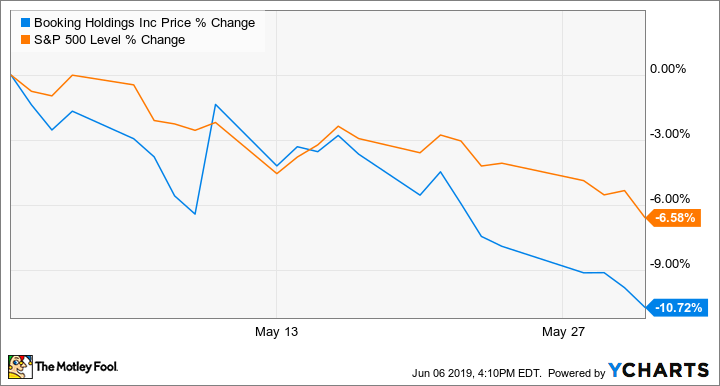 While concerns about trade tensions and macroeconomic factors in general seemed to push the stock down over the course of May, the first-quarter earnings report was the biggest news to come out of the company last month. Booking's stock rose 5.4% on May 10 although the report itself was rather weak. 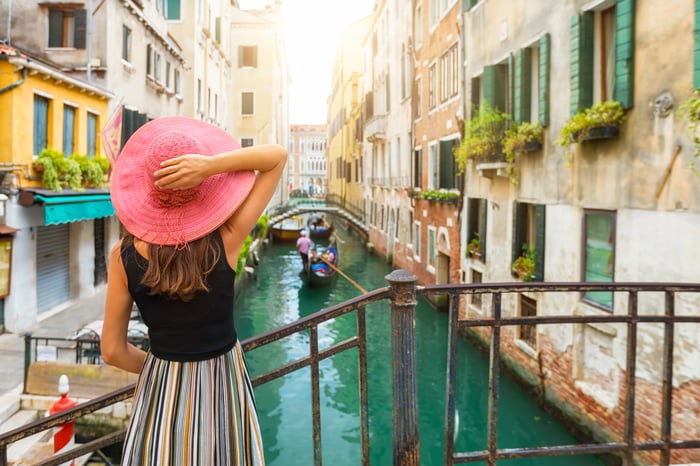 The online travel agency posted a surprise revenue decline of 3%, though the figure rose 3% in constant currency, to $2.84 billion, missing estimates of $2.93 billion. Adjusted earnings per share slipped from $12 a year ago to $11.17, also short of expectations of $11.26.

Though the first quarter is a seasonally slow period for the Priceline parent, the company appears to be struggling with a maturing online travel market and increasing competition from Alphabet's Google (GOOGL 2.42%) (GOOG 2.51%) and Airbnb. The stock rose on the earnings report, perhaps a reflection of the stock's perceived value, as shares came into the report down about 20% over the past year.

In addition to having concerns about competition, investors seem wary of a trade war between the U.S. and China cooling off global economic growth, as the S&P 500 fell 6.6% during the month. Since the travel stock is particularly sensitive to the macroeconomic climate, it tends to have bigger swings than the average stock.

Despite the May sell-off, the stock was recovering in the first few days of June, up 6% as investor sentiment shifted. The Fed expressed a dovish stance about the trade war, saying it was willing to accommodate any trade-related challenges by lowering interest rates. The stock may have also gotten a boost by news that Google was being targeted for antitrust concerns, which could limit its ambitions in the travel industry.

Booking is a strong and highly profitable company, but concerns about its future growth are valid. CEO Glenn Fogel said the company was ready to make acquisitions again, which could give the stock a much-needed spark.