There's a lot of promise, but investors should be mindful of the near-term pitfalls.

There was a time when chipmaker Qorvo (QRVO 0.43%) would have been on the ropes if iPhone sales fell, thanks to its reliance on Apple for a nice chunk of its revenue. But that's not the case anymore.

The company turned in a strong quarterly performance recently despite reports of iPhone shipments dropping more than 10% in the third quarter. Qorvo's revenue increased 12% year over year in its fiscal 2020 first quarter, and this was well ahead of the company's original top-line guidance of $740 million.

This is an impressive achievement considering that the chipmaker reportedly gets around a third of its total revenue from Apple. And Qorvo had cut its original quarterly guidance due to the restrictions on doing business with Huawei. Despite the Apple and Huawei headwinds, Qorvo has done really well, and its success can be attributed to one simple thing. 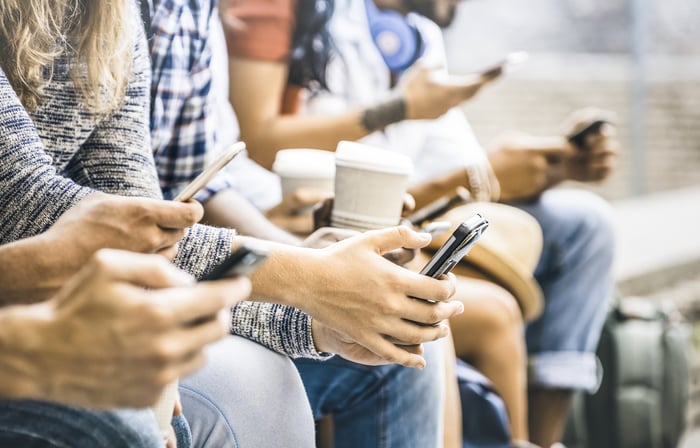 The 5G catalyst has officially arrived

Qorvo CEO Bob Bruggeworth said on the latest earnings conference call that fifth-generation (5G) wireless networking has "become a reality for our business" and that the company is in the "right place with the right technologies at the right time" to take advantage of this opportunity.

Thanks to 5G, there has been a jump in demand for Qorvo's connectivity solutions from its smartphone customers. The company recently scored its first design win to supply programmable 5G antenna tuners. It is also witnessing stronger interest in antenna tuning solutions from many smartphone original equipment manufacturers (OEMs) because of the complexities of the 5G network.

Qorvo explained that it has started shipping certain chips to Huawei and has applied for a license that will allow it to export more products to the Chinese company.

This could prove to be a tailwind for Qorvo, as Huawei is going to play a key role in 5G deployments in China. Huawei has reportedly scored half of the 5G contracts from the country's largest telecom company, China Mobile.

However, Qorvo issued a few warnings that investors need to keep in mind.

Qorvo's turnaround isn't going to last for long. If the fiscal first quarter gave investors a glimpse of how well the company can perform if most things are going its way, Q2 will paint an entirely different picture.

The midpoint of Qorvo's second-quarter revenue guidance stands at $755 million, substantially lower than the $884 million in revenue the company generated in the year-ago period. Qorvo attributes such a big decline to the adverse trade effects as a result of the U.S.-China trade war.

The company pointed out on the earnings call that the seasonal ramp-up in demand at its smartphone customers will likley be offset by "significantly lower sales to Huawei compared to the June quarter."

But don't be surprised to see Qorvo springing a positive surprise if it manages to get a license for expanded exports to Huawei. Qorvo expects Huawei to supply just 10% of its total sales in the fiscal year, but that number could go up if favorable developments take place.

Meanwhile, Qorvo expects its infrastructure and defense products to pick up the pace in the second half of the fiscal year after declining in the earlier part thanks to the trade restrictions.

The trade war is going to be a headwind for Qorvo's business in the coming quarters, but once the bigger picture improves, Qorvo could start firing on all cylinders again.