Recovering from a double digit dip post second quarter earnings, American Eagle Outfitters (NYSE:AEO) is in a precarious spot. On an earnings basis, things were fine. The clothing retailer beat estimates. The weak point for the markets was its under performance in same store sales, coupled with guidance for the year that doesn't create much enthusiasm relative to what had been expected previously. 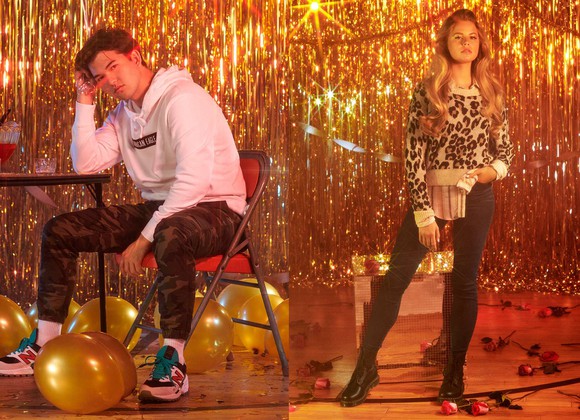 Net revenues increased 8% to $1.04 billion. This included $40 million in royalties related to licensing in Japan. Without the licensing, revenues increased $35 million, or 3.6%. The big area of concern is comp sales. I'm not as interested in the fact that comp sales growth of 2% came in below expectations, as I am in the fact that it's a marked slowdown from last year's 9% increase in the same period.

My take on the situation is multifaceted. Yes, comp sales weren't what we wanted. Then again, there have been a lot of comp sales that markets haven't liked lately. The company still produced meaningful income from those sales, and there's still time for them to put efforts into righting the issue.

Gross profits grew 8%, while margins of 36.7% remained in line with last year's 36.6%. It's worth noting that those licensing royalties from Japan were the factor for the increase in margins, while markdowns and delivery expenses actually were a detractor.

American Eagle is expecting comp sales to increase in the "low to mid single digits" in the third quarter, with earnings of $0.47 to $0.49 per share. If this guidance holds true, it would mark relative stagnation compared to last year's $0.48 per share. It is also worth noting that this guidance excludes potential asset impairments and further restructuring charges. The lack of a full year outlook gives me misgivings about the company's confidence.

It's this forward look that leads one to question where we're heading in the second half of the year. Is American Eagle slipping into the losing side of retail? Competitors like Abercrombie & Fitch (NYSE:ANF) have had a rough run of it lately, as cuts to full year sales expectations have hurt the stock. The company's net sales also fell in the second quarter, coming in well below expectations.

To me, I don't think American Eagle is facing the same issues as a name like Abercrombie, which has been suffering issues for a few years now. American Eagle is simply facing a retail environment that isn't quite as strong as it used to be. We've seen a gap growing between big names like Target (NYSE:TGT), or Walmart (NYSE:WMT), whose highly diverse portfolios of inventory have performed well despite recession concerns. It seems that the names that are more specialized, such as dealing in brand name clothing, are having a tougher time creating growth. American Eagle is on that line.

Though the dividend is strong, and the back to school season should help give the third quarter a boost, I wouldn't get too bullish on American Eagle. While overall trends for the first 26 weeks of the year show financial growth, the margins are smaller. Gross profits as a percentage of revenue are stagnant. Operating income margins are down to 6.7% vs. 7.1% at this time in 2018. Net income, while up roughly $5.5 million, is down 20 basis points as a percentage of total sales revenue to 5.4%. The company has had to put more effort into its operations, and also relied on share buybacks to boost things. There's some real uncertainty here in my eyes.