Please ensure Javascript is enabled for purposes of website accessibility
Log In Help Join The Motley Fool
Free Article Join Over 1 Million Premium Members And Get More In-Depth Stock Guidance and Research
By John Rosevear - Oct 10, 2019 at 6:04AM

A new consortium aims to set standards for computers in self-driving cars.

British chip technology company Arm Holdings said that it has joined NVIDIA (NVDA -1.18%), General Motors (GM -0.47%), Toyota (TM 0.41%), and other tech and auto heavyweights to form a new group that will work to establish a common computing platform for self-driving vehicles.

The new group, called the Autonomous Vehicle Computing Consortium (AVCC), said that its goal is to accelerate the development of safe self-driving technology. It's an interesting move for the companies involved, one that has the potential to lock in competitive advantages for each as self-driving technology matures.

Who's in the new AVCC?

The AVCC doesn't (yet?) include every big name in the self-driving field, but it does include quite a few established heavyweights.

In a statement, the group said that it plans to begin by developing a set of recommendations for "a system architecture and a computing platform to promote scalable deployment of automated and autonomous vehicles." The hope is that the recommendations will help move the industry from self-driving prototypes to deployment at scale, by outlining and standardizing systems that are up to the task.

The group won't be writing self-driving software, but it will provide some software-related standards. Among other things, the group expects to recommend standards for application programming interfaces (APIs), the protocols that the software "building blocks" in an autonomous system will use to communicate with one another. 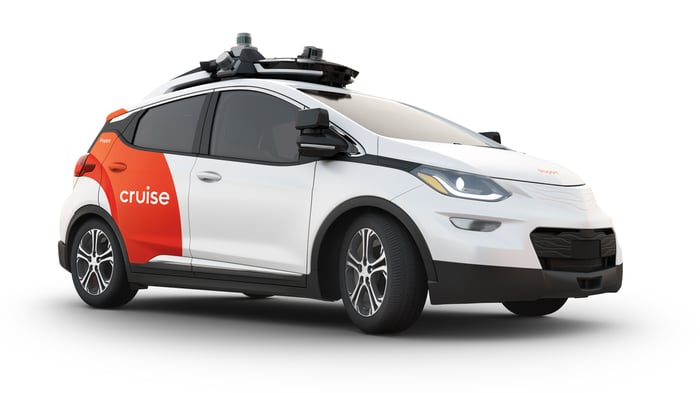 Is this a big deal for investors?

Yes and no. The AVCC is one of several collaborations between players in the space that are working to solve aspects of the technological challenge of self-driving, and self-driving is (rightly) an area of interest to many investors. Many of the AVCC's members are also involved in other collaborations, including the Networking for Autonomous Driving Alliance, which is focused on the challenge of moving large amounts of data between processors inside a vehicle.

But it could be a big deal for investors in this sense: The AVCC's recommendations will likely include products made by some or all of its members. Among other things, it could turn out to be a way for companies like NVIDIA and NXP to own a large share of the future market for self-driving-vehicle system components -- and, potentially, to shut out smaller or less-nimble rivals.

Long story short, the AVCC isn't going to transform the industry overnight. But for investors in any of the member companies, it has the potential to be a big deal in time.

Why Are Nvidia, Micron, and AMD Stocks Falling?

Why Volkswagen, NVIDIA, and Aquantia Are Teaming Up on Self-Driving

Don't Waste Your Money on Bitcoin, These 3 Stocks Are Better Buys