Please ensure Javascript is enabled for purposes of website accessibility
Free Article Join Over 1 Million Premium Members And Get More In-Depth Stock Guidance and Research
By Jennifer Saibil - Nov 26, 2019 at 9:29AM

The biggest shopping day of the year looms large for these companies, as they all desperately need a strong finish to 2019 to boost sagging revenue and shareholder confidence.

When Black Friday brings the masses of shoppers who are prepared to spend large sums of money for major deals, retail companies will be tensely anticipating the results of their efforts to win big this year.

While industry leaders like Amazon and Walmart battle for the top spot, other companies are struggling to stay relevant and figure out their place in the new world of retail. These three companies in particular need a big boost from the holiday season. 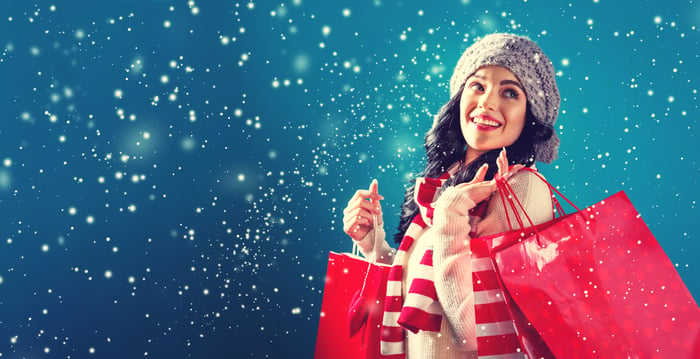 Bed Bath & Beyond ( BBBY 0.42% ) is a great example of a once thriving company that just hasn't been able to make the switch to the new rules of the retail game. The company experienced its first decline in 2017 after 27 years of growth, culminating in a $138 million loss in the second quarter of 2019.

The company was slow to adapt to advancements in technology that similar companies embraced, and customers abandoned its 1,500 mega-sized stores for tidier, more finger-friendly pastures. One of the company's aphorisms was "We're not in a rush to make mistakes," according to The Wall Street Journal.

Earlier this year, investors forced out the executive board, and in October, the company brought in Mark J. Tritton as the new CEO. Tritton was previously head of merchandising at Target, helping that company stay in line with new technology, and it remains to be seen whether he can apply that expertise to Bed Bath & Beyond.

While the company undergoes a digital overhaul, it urgently needs a blockbuster Black Friday to stay afloat.

Tapestry ( TPR -0.41% ) has seen mixed results from its various brands, and while the successful Coach business still accounts for more than two-thirds of sales, its other brands, both on the decline as of the latest quarterly report, might soon begin to pull the whole company down unless they can begin to pull their weight.

Black Friday is a huge opportunity for the luxury goods company to pump up its sales as customers begin their holiday shopping. Luxury handbags and accessories always make magazines' "top 10 gifts" lists, and a strong contingent of potential buyers will be in stores, not just online, according to a report from McKinsey. Part of Tapestry's problem has been transitioning its Kate Spade and Stuart Weitzman brands to a more digital experience, so this is a key chance for them to make their stores count.

Fiscal 2020 first quarter results showed that Kate Spade accounts for more than a quarter of Tapestry's top line, but revenue for the brand declined 6% year over year to $306 million, and comparable-store sales fell a deep 16%. Reported operating loss was $7 million.

The brand needs immediate first aid, and Black Friday is the perfect time to apply it. If Kate Spade can't manage to generate higher sales at this peak shopping time, it doesn't bode well for the future of the brand and the ability of Tapestry to revitalize the bag maker's prospects.

Office Depot ( ODP -1.64% ) was once a big name in office supply, but the company has delivered dismal growth for years and failed to move into new channels. It's a struggling behemoth with 1,300 stores as well as an online effort, but the company hired Gerry Smith last year to lead the company through a strategic makeover and focus its efforts in a new direction. So far, he seems to be doing his job.

Smith is working to continue optimizing cost-efficiency in operations as well as expanding business-to-business campaigns. He said during the latest earnings call, "Under strong new leadership in both our Business Solutions Division and CompuCom Division, we are taking actions to develop a more robust sales pipeline for future growth."

Third quarter earnings were better than expected with adjusted earnings per share of $0.15. This was mostly due to the company's business acceleration program, which has improved efficiency and cut costs, so while sales were down from the prior-year quarter, operating income was up. Revenue decreased 4% year-over-year -- the third consecutive quarter of declining sales after gains in fiscal year 2018.

The office supply chain is rolling out major deals for Black Friday 2019 to keep up the momentum, which helped drive the share price higher after the company released its third-quarter report. A strong holiday season should keep investors confident and customers loyal, while the company continues to figure itself out.