The Children's Place (NASDAQ:PLCE) reported third-quarter results on Wednesday and paired the release with a weaker-than-expected holiday sales outlook. GlobalData Retail's managing director Neil Saunders published a note the same day stating that he believed that competition from Target could stymie Children's Place's attempt to relaunch its recently acquired Gymboree brand next year.

The combination of the disappointing outlook and unfavorable coverage from GlobalData Retail caused The Children's Place stock to plummet roughly 23% on Wednesday.

The company narrowly topped the market's earnings expectations despite a sales miss in the third quarter, but the bigger picture was troubling. It reported non-GAAP (adjusted) earnings per share of $3.03 on revenue of $524.8 million, topping the average analyst target by a penny, but falling short of the average sales target of $534.1 million. Net sales increased just 0.4% year over year on same-store sales growth of 0.8%, while the company had initially guided for comps growth of 3% to 4%.

Read on for a deeper look at the company's third-quarter results and three key quotes from the conference call. 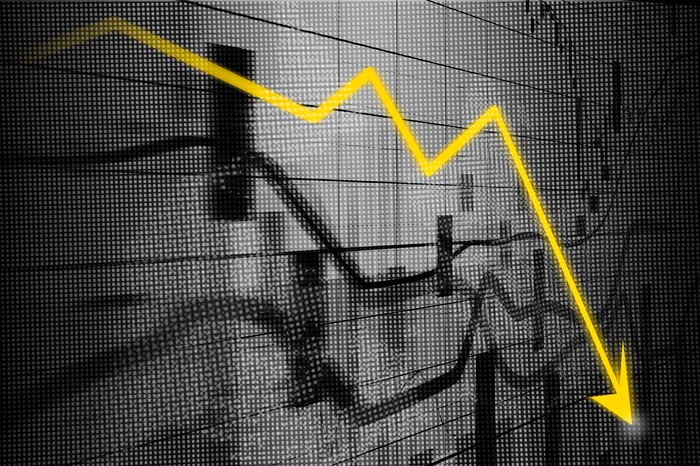 1. Full-year targets saw significant cuts across the board

Third-quarter results weren't inspiring, but the biggest catalyst for the stock's sell-off was likely the company's disappointing guidance. CFO Mike Scarpa detailed the fourth-quarter outlook during the call:

Q4 2019 outlook, the company expects sales for the fourth quarter to be in the range of $504 million to $509 million based on a mid-single-digit decrease in comparable retail sales versus Q4 2018. Adjusted operating income is expected to be in the range of 6.1% to 6.8% of sales as compared to 4.1% in adjusted operating income in Q4 of 2018, primarily driven by stronger gross margins.

We anticipate fourth-quarter adjusted net income per diluted share in the range of $1.48 to $1.68 as compared to adjusted net income per diluted share of $1.10 in Q4 2018. Our total inventories at the end of Q4 2019 are anticipated to be up high single digits versus Q4 2018 primarily due to the impact of our full spring delivery of Gymboree product and strategically higher levels of basics merchandise associated with new marketing initiatives.

The average analyst target, as polled by FactSet, was looking for EPS of $2.06 on revenue of $555.1 million in the fourth quarter and comps growth of 4.3%. Adjusting for softer-than-expected sales in the third quarter and a weaker outlook in Q4, the company lowered its full-year targets.

The table below shows the company's updated full-year performance targets versus the guidance that it gave with its second-quarter earnings release in August:

2. Mall performance is a big headwind

The Children's Place cited an unusually warm October contributing to weaker-than-expected sales for winter wear in Q3. But it looks like declines at malls are a much bigger factor based on the company's adjusted guidance. CEO Jane Elfers talked about trends that the company is seeing at its mall and outlet locations:

So our mall-based traffic is trending significantly below outlet traffic quarter-to-date, which is leading to a pretty big disparity in top-line trends in our mall stores versus our outlet stores. If you look at Canada, we're seeing a slightly positive comp trend quarter-to-date. So really what we're thinking ... It looks like our consumer shifted to off-mall value retailers in a more pronounced way this year in order to take advantage of what has been widely reported as more of a monthlong Black Friday promotion -- Black November, if you will -- really moving off-mall to take advantage of higher ticket promotions.

Reduced mall traffic is having a substantial negative effect on The Children's Place. That dynamic is difficult to address, and it could present obstacles to the store-in-store relaunch of the Gymboree brand set to take place next year. The company will relaunch Gymboree as an e-commerce site, and it has plans to set up a brick-and-mortar retail presence for the brand at over 200 of its locations, so the breakdown between mall and outlet distribution for the initiative could prove significant.

3. Online retail was the bright spot

E-commerce sales grew 23% year over year to account for 35% of total revenue in the third quarter. The company's online retail business accounting for a bigger portion of overall sales was the key factor in driving its third-quarter gross margin down to 37.8% from 39.1% in Q3 2018, but growth for the segment is still good news for the business. Management expects that e-commerce will account for 31% of total sales this year, up from roughly 28% in 2018. Here's Elfers discussing progress for the company's online retail and omnichannel business:

We expect that our online and omnichannel customer penetration will continue to increase as we ramp up our omnichannel capabilities and execute upon our fleet optimization plan to ensure that we're serving our millennial customers' preference for the convenience and ease of an online shopping experience.

With the potential for continued decline at malls and the possibility that the company's outlet locations will eventually face greater pressure amid consumer transition to e-commerce, solid growth for the company's online retail business was the biggest positive in an otherwise disappointing quarterly report.