Please ensure Javascript is enabled for purposes of website accessibility
Log In Help Join The Motley Fool
Free Article Join Over 1 Million Premium Members And Get More In-Depth Stock Guidance and Research
By Demitri Kalogeropoulos - Feb 2, 2020 at 11:00AM

All eyes will be on the Pizza Hut segment of the company when it reports fourth-quarter earnings this week.

Last year was a good one for most stocks, including those in the restaurant industry. But Yum! Brands (YUM 1.59%) investors missed most of the market rally, with shares returning just 10% compared to the 29% average surge in the S&P 500.

Wall Street punished the stock in October after the owner of the KFC, Taco Bell, and Pizza Hut chains revealed weak third-quarter earnings results that raised questions about its growth prospects across its 18,000-plus Pizza Hut locations.

The company will get a chance to shift those expectations in an earnings report set to post on Thursday, Feb. 6. Let's look at what shareholders will want to see from that announcement.

A key factor that attracts investors to Yum! Brands' business is its diverse operating model that spans three of the biggest global fast-food niches: pizza, Tex-Mex, and chicken. Yet that approach has been a liability lately because financial challenges in the Pizza Hut brand are threatening the wider portfolio. 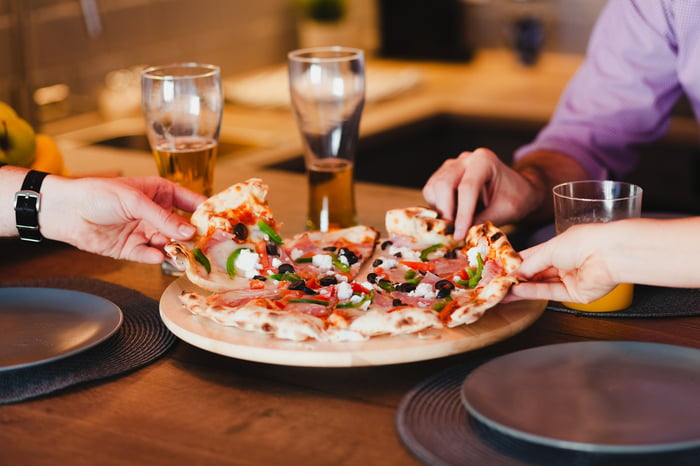 Last quarter, core profitability declined overall as comparable-store sales fell 3% for the pizza franchise in the core U.S. market. That result stacked up poorly against competitors like Domino's, which has been growing at a 2% rate in recent quarters. It also stood out against the 3% global gains for Yum's other franchises.

In early November, Chief Operating Officer David Gibbs, who has since taken over the CEO position, warned investors to expect more disruption as Yum! Brands works to better position Pizza Hut to compete in a more delivery-focused selling environment. That should include store closures and potentially a period of declining comps and falling margins, but we'll get more data on each of these trends in Thursday's report.

Building on its strengths

Yum! Brands' 7% spike in restaurant count last quarter underlines the huge global growth opportunity it enjoys today. The fast-food giant is also likely to announce a second consecutive year of rising operating profit when it closes the books on fiscal 2019 this week.

Those wins have given management more resources they can direct toward growth initiatives, and investors saw it put some of that cash to work in early January when Yum! purchased The Habit Burger Grill for almost $400 million.

Gibbs said at the time that the chain had "significant untapped growth potential" both in the U.S. and internationally. Shareholders can expect to hear more about the details of that growth potential, and about management's specific plan for capitalizing on it following the deal's closing by mid-2020.

As it looks out to the new fiscal year, Yum! Brands will have some positive global momentum to rely on, with comps likely landing at around 3% in 2019 following two consecutive years of 2% increases. That modest acceleration might be enough to convince management to make some aggressive predictions for 2020.

On the other hand, the tough competitive landscape implies big fights ahead in the pizza niche and in the broader delivery channel. We'll find out which scenario the company thinks will shape its upcoming results when Yum! updates its outlook on Thursday.