Taking a page from SnapChat yet again, Instagram is working on chat messages that disappear in an effort to keep users engaged.

Jane Manchun Wong, a reverse engineering specialist found the feature in Instagram's source code for Android devices. The code was marked with a "speak no evil" emoji. The feature works when users are in the dark mode messaging window on Instagram. Once the user closes the chat window the messages disappear.

It seems to be in an early barebone version but I tried my best to demonstrate how it might work pic.twitter.com/ZrUZZj0TWo

Instagram is betting users are likely to engage and banter more if they know the content won't last forever. That means more time spent on Instagram, which translates into increased ad sales. Ephemeral content is a main reason SnapChat has 218 million monthly active users. 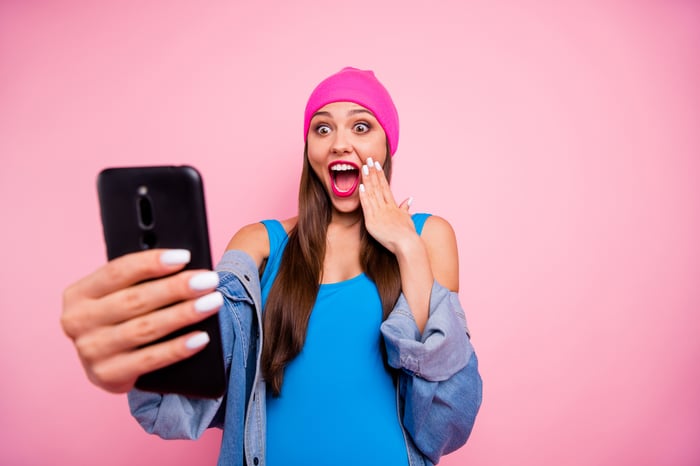 Instagram isn't alone in testing ephemeral texts. Twitter (TWTR -1.08%) announced earlier this month it's testing disappearing tweets in Brazil under a new feature it's calling "fleets." Fleets appear on a separate timeline above a user's main timeline and are live for 24 hours before disappearing. Users aren't allowed to retweet, like, or reply to fleets publicly.

The Facebook unit confirmed the feature in a statement to the media, saying it's still in development and isn't being tested with outside users yet. The photo-sharing social media site already has disappearing photos and video messaging.

This isn't the first time Instagram has copied its social media rival. It famously cloned SnapChat's Stories feature in which content disappears after 24-hours.  Last year Instagram rolled out Threads, a new app to stay connected to friends that's very similar to SnapChat.