Please ensure Javascript is enabled for purposes of website accessibility
Log In Help Join The Motley Fool
Free Article Join Over 1 Million Premium Members And Get More In-Depth Stock Guidance and Research
By Reuben Gregg Brewer – May 5, 2020 at 11:37AM

The oil giant is still betting big on oil, so it's good news when oil prices aren't falling.

Shares of integrated energy giant ExxonMobil (XOM 2.41%) were up as much as 5% in the first half hour of trading on May 5. The gains came as early oil prices hinted that the commodity might string together five days' worth of gains. Today's oil price advance was notable, too, with U.S. benchmarks up as much as 18% and international measures up 11% or so.

Exxon is somewhat unique among the integrated oil majors today in that it has made a big commitment to drilling for new sources of energy. At the start of the year it was looking to spend as much as $33 billion, though in light of COVID-19 demand destruction, it has now lowered that figure to $23 billion. And that's still more than many of its closest peers. Fellow U.S. oil giant Chevron, for example, has dropped its 2020 spending to just $14 billion. Chevron's stock rose in early trading, too, but lagged a couple of percentage points behind Exxon. 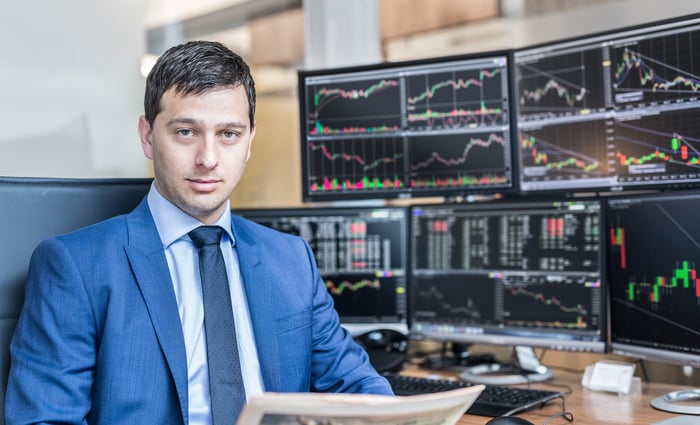 The upshot here is that, because of its sizable spending plans, Exxon's future is more highly dependent on an oil upturn than that of Chevron. There are big implications here, noting that Exxon has was forced to take on additional leverage to support its spending and dividend. The sooner oil prices start heading sustainably higher again, the better off Exxon, and its shareholders, will be. So, whenever oil prices bounce higher, Exxon tends to bounce with them as investors react, often emotionally, to the fast-changing dynamics in the industry. The reverse is true as well, with Exxon frequently getting hit harder than peers when oil prices are dropping.

Exxon has long prided itself on being fiscally conservative. It would be hard to suggest that it has suddenly become fiscally irresponsible, but the spending plans it created before the COVID-19 pandemic are making the future here a lot more murky than it once was. Pulling back too far on that spending, meanwhile, could hamper the company's ability to participate when oil recovers. At the end of the day, investors need to recognize that Exxon is a riskier and more volatile stock than it was just a few years ago.