Oil companies are crucial to the global economy. They provide fuels for transportation and power. They also supply the core ingredients of petrochemicals used to make products such as plastics, rubber, and fertilizer. 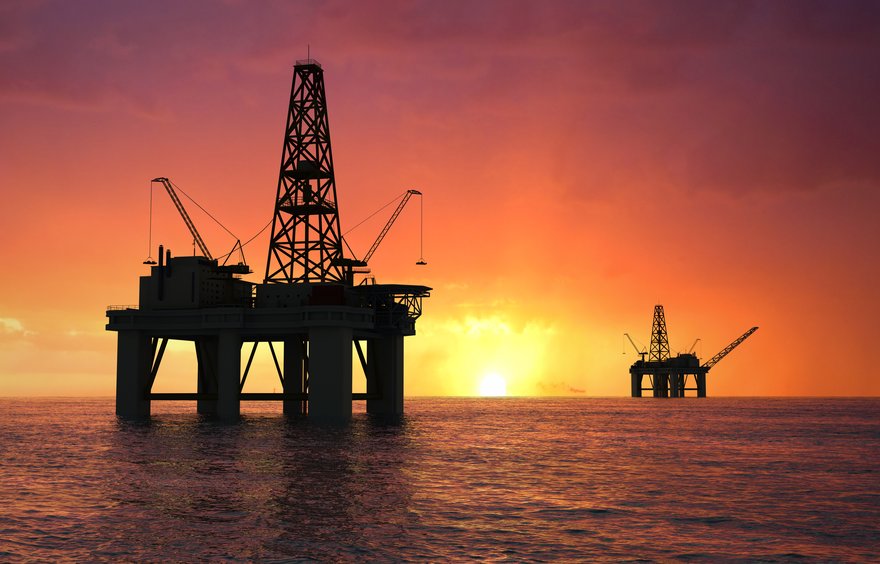 However, the oil industry is highly competitive and volatile. Profits and losses can swing wildly based on small shifts in demand or moves by petrostates such as Saudi Arabia and Russia, whose interests can run counter to the public companies in the industry. Supply and demand imbalances can cause huge fluctuations in oil prices. We saw that in early 2022 after Russia’s invasion of Ukraine, which sent crude prices soaring into the triple digits for the first time in years.

Additionally, investors must consider the implications of climate change for the long-term prospects of oil and gas. The energy sector is undergoing a massive transition to renewable energy. Even so, that doesn't mean there are few opportunities in the oil patch. Here's a closer look at some of the top oil stocks and factors to consider before buying oil stocks.

What are the top oil stocks to invest in?

There are dozens of oil stocks. They run the gamut from pure-play E&Ps, midstream companies, service providers, and refiners to integrated oil majors that do a little bit of everything. That gives investors lots of options.

However, some oil stocks stand out as leaders in the sector. Five top ones are:

Here’s a closer look at these top oil stocks.

ConocoPhillips is one of the largest E&P-focused companies in the world. It specializes in finding and producing oil and natural gas and has operations in more than a dozen countries.

ConocoPhillips benefits from scale and access to some of the lowest-cost oil on earth, which includes significant exposure to the Permian Basin. It bulked up its position in that low-cost, oil-rich region in 2021 by acquiring Concho Resources and Shell’s assets in the area. With average costs of about $40 per barrel and many of its resources even cheaper, it can make money in almost any oil market environment, enabling the company to generate lots of cash flow.

Given the uncertainty surrounding future oil demand, ConocoPhillips plans to return a significant portion of its free cash flow to investors in the coming years. It plans to pay a steadily growing dividend, repurchase shares, and pay a variable return of cash based on its excess cash.

Finally, the company complements its low-cost portfolio with a top-tier balance sheet. ConocoPhillips routinely boasts one of the highest credit ratings among E&P companies, backed by a low leverage ratio for the sector and lots of cash. These factors make it one of the safest E&P investments.

Devon Energy is a U.S.-focused E&P company. It has diversified operations across several low-cost, oil-rich basins. The company’s diversification enables it to produce lots of low-cost oil and natural gas, which allows it to generate plenty of cash.

Devon’s dividend strategy makes it an enticing option for income-focused investors. They’ll collect a steady base dividend that’s sustainable throughout the oil price cycle and have the potential to earn significant payments during periods of high prices.

Enbridge operates one of the biggest oil pipeline systems in the world. It transports 30% of the oil produced in North America. Enbridge also has an extensive natural gas pipeline system, a natural gas utility business, and renewable energy operations.

Enbridge’s pipeline operations generate stable cash flow backed by long-term contracts and government-regulated rates. That gives it the cash to pay a high-yield dividend while also investing to expand its energy infrastructure operations.

Enbridge has made significant investments in recent years on infrastructure geared toward cleaner energy. This includes natural gas pipelines, offshore wind energy in Europe, and hydrogen energy. These investments position Enbridge for the future of energy even as it remains vital to supporting the oil market’s current needs.

One of the largest oil companies on the planet, ExxonMobil is a fully integrated supermajor. It operates in every segment of the oil and gas industry, including E&P, midstream, petrochemical manufacturing, refining, and, even farther downstream, marketing refined and petroleum products to customers.

ExxonMobil has focused its more recent efforts on reducing its business costs and boosting efficiency. These investments are beginning to pay off in 2022. The company has significantly lowered its oil production costs over the past couple of years by focusing on its highest-return assets while also taking steps to better leverage its massive scale. That enables it to generate lots of cash flow when oil prices are much higher.

This cash flow should continue to protect ExxonMobil's dividend and its status as a Dividend Aristocrat. Given the growth of renewables, many investors are choosing to avoid oil stocks entirely. However, ExxonMobil is making investments in lower-carbon fuel sources, including carbon capture and storage and biofuels. That should enable it to continue supplying the economy with fuel for years to come.

Phillips 66 is one of the leading oil refining companies, with operations in the U.S. and Europe. It also has investments in midstream operations and in petrochemicals via its CPChem joint venture with Chevron (NYSE:CVX). Finally, its marketing and specialties business distributes refined products and manufactures specialty products such as lubricants.

Thanks to its large-scale, vertically integrated operations, Phillips 66 is among the lowest-cost refiners in the industry. This is the result of both leveraging its integrated midstream network to obtain lowest-cost crude for refining and petrochemical feedstocks and investing in projects that give it higher margins on its products.

Phillips 66 also boasts a strong financial profile, which includes an investment-grade balance sheet with very manageable debt. It also has lots of cash on hand. The low debt and high cash reserves mean it has ample capital to invest in expansion projects, including renewable fuels.

It's been a dividend growth superstar and a share buyback dynamo over the past decade. The company’s focus on making smart investments and returning cash to investors should enable Phillips 66 to continue enhancing shareholder value in the coming years.

How to analyze oil stocks

The oil industry is inherently risky for investors. Although each segment of the industry has a specific set of risk factors, the overall oil business is both cyclical and volatile.

The world’s largest oil-exporting nations include members of OPEC (Organization of the Petroleum Exporting Countries), a cartel that works to coordinate members’ oil policies. OPEC's actions can significantly affect the price of oil. It can withhold supply to push prices higher or increase its output to drive them lower. OPEC has wielded its power over the years, causing massive fluctuations in oil prices.

Meanwhile, oil companies that operate independently of OPEC can also have an impact on oil prices. If they allocate too much capital to new projects, they can cause an oversupply and weigh on prices. Meanwhile, if they hold back too much, they can cause prices to surge. Since oil and gas assets are developed over a long time, companies cannot quickly increase their supplies in response to favorable market conditions.

Given the volatility of oil prices, an oil company must have three crucial characteristics to survive the industry's inevitable downturns:

This cleaner-burning fossil fuel is considered a bridge to lower-carbon options.

Natural gas must be liquefied to travel long distances. These companies are getting it done.

Risk management is the key to investing in the oil patch

The oil market can be quite fragile, with even a slight imbalance between supply and demand often causing it to go haywire. That was abundantly evident in early 2020 as the COVID-19 pandemic sent the sector into a tailspin. However, the opposite is also true: Oil prices can skyrocket when demand improves amid a supply crunch. That was the case in early 2022 when crude prices surged as the economy started recovering from the pandemic and supplies were under pressure following Russia’s invasion of Ukraine.

Because of this dynamic, investors need to be careful when choosing oil stocks. They should focus on companies that can survive rough patches since they’ll be better-positioned to thrive when markets turn healthy again.

How do I invest in oil stocks?

It's important for investors to be aware of the oil sector's volatility. Because of that, it's best to focus on companies built to weather the sector's inevitable downturns. That means focusing on those with relative immunity to price fluctuations, such as E&Ps with ultra-low production costs and integrated oil giants. Another way to invest in the oil patch is to focus on using it to generate dividend income.

Are oil and gas companies a good investment?

While oil and gas is a comparatively risky sector, some companies are safer than others. Petroleum-based fuels and natural gas usually have a cost advantage over other heating and transportation fuels, and they have a massive infrastructure advantage over emerging clean energy fuels. That said, the industry also has some negative features that increase risk for investors.

Should I invest in oil and gas companies now?

The coronavirus pandemic caused global oil demand to crash while oil producers slashed their output to ride out the downturn. But, as travel and commerce recovered, it led to the demand for oil products recovering faster than production could respond. As a result, oil prices have returned to recent pre-COVID levels.

The tightening of supply and the recovery in global demand certainly bodes well for many oil and gas companies, and some could be huge winners in the near term. However, if energy investors should have learned anything over the past decade, it's that market conditions can change quickly. For this reason, most investors considering oil stocks would do well to focus on high-quality, larger integrated oil companies such as the ones described in this article.